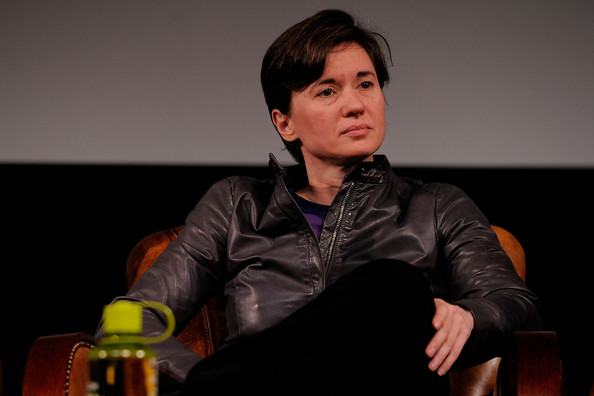 Oh, I guess this is still going forward. Deadline reports that MGM and Screen Gems have finally nailed down a director for their remake/second adaptation of Carrie, and it’s… Kimberly Peirce. The woman behind dramas such as Boy’s Don’t Cry and Stop-Loss is currently negotiating with the two studios over the job, which would have her craft the second feature based on Stephen King‘s seminal novel of teenage angst and telekinesis. (The first was, of course, directed by one Brian De Palma and starred Sissy Spacek, John Travolta, and Piper Laurie.)

This new version, written by Roberto Aguirre-Sacasa, seems to veer toward King‘s novel, being described as “more faithful” to the source material and “more grounded” than the 1976 feature. Then again, how you make a grounded film about a girl who uses psychic powers as a force of violence — without going “dark and gritty” — is out of my own realm of comprehension. Good Lord, I hope they don’t make this dark and gritty.

Regardless of how they make things grounded, Peirce makes perfect sense for that approach. The human-level touch that this story requires to function and, more importantly, providing a window into the female psyche are two things she’s shown the capability of providing. But though that’s all wine and roses, I ultimately look at this as a tough gig; it’d be enough if De Palma‘s film hadn’t ingrained itself into the popular culture pretty steeply, because there’s still the looming challenge of getting a performance from an actress that can, if not rival, at the very least stand alongside Spacek‘s. She has my wish for the best of luck, because I do want this to be better than some other takes on the book. I just worry that she’ll really need it.

Are you optimistic about Peirce as a Carrie director? Do you want to see this film happen?