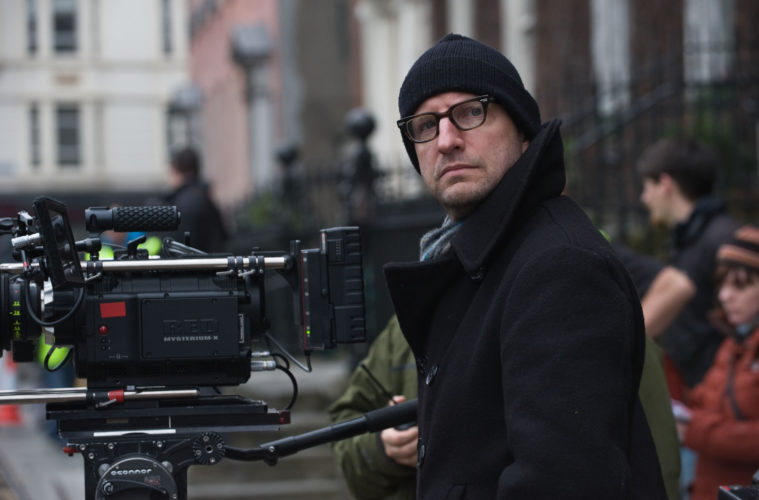 The people, they simply can’t get enough of Godfrey Reggio. Right at the tail end of 2012, Criterion released a lauded box set of his haunting, influential experimental documentaries, The Qatsi Trilogy, while some had dug up information regarding The Holy See, both his next project and a further collaboration with Philip Glass, the composer virtually like no other.

Its announcement was enough of a surprise, but this secretive project has another twist in store: Steven Soderbergh. Quickly mentioned in a lengthy Vulture interview, in which we learn he likes Girls, is the involvement as “presenter” on what’s, now, called Visitors. Because this was ever-so-brief, there wasn’t any probing into whatever Reggio has got going on here — except to say this is “his own thing.” (As we’d presume.) The other shoe will drop soon, though, since a German site, Signal2Noize, purport intentions to premiere at Cannes. May isn’t really so much to wait for, especially when Philip Glass resonates for eternity.

That’s not all to be gleaned from Soderbergh‘s talk. (No, I’m not talking about Vulture’s lame, headline-based attempt to attract hits from Girls.) The most interesting film-related tidbit pertains to Kafka, which still stands as the most misunderstood picture of a career replete with misunderstood pictures. That long-held status as a majorly obscure effort means it can’t be such a coincidence that, with free time afforded by a shift from cinema, he’s “overhauling [it] completely,” making the most significant change in an aural department. It’s not by doing a typical remaster or, even, adding some new music, but actually placing a German dub in place of the English dialogue.

Jeremy Irons and Ian Holm don’t need to hold concern over half their performance being altogether gone, as the 1991 cut is also getting released with this new addition — whenever that may hit. Further work includes new inserts — shot during the production of Side Effects — as well as the “recalibrating [of] some of the dialogue and the storytelling” done with Lem Dobbs. What that entails (and what this all will lead to) is a big mystery, but anything that helps bring further attention to Kafka, arguably Soderbergh‘s most personal statement as an artist, is worth the effort.

Does Soderbergh’s involvement with the Reggio film increase anticipation? Is there any reaction to Soderbergh’s plans for a new Kafka cut?