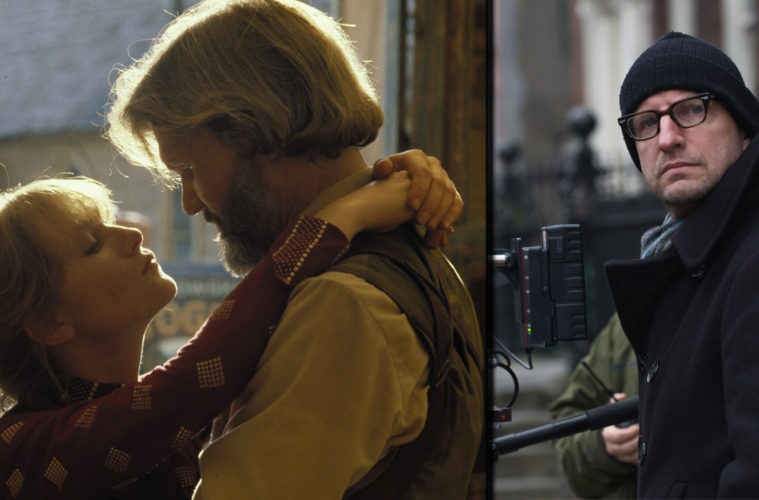 A short list of things Steven Soderbergh will now do instead of directing features: direct a stage play; direct a season of TV; sell various things; tweet a novella; and, most curious of all, edit “new” versions of older films. (Should we add the providing of consultation on yet-to-be-released ones, too? Sure!) After being given some glimpse into his complicated creative mind by way of a two-film Psycho mash-up, the Bitchuation is back with Heaven’s Gate: The Butcher’s Cut, an effort explained, with a Mary Ann Bernard-“penned” note, on Extension765 like so:

“As a dedicated cinema fan, I was obsessed with HEAVEN’S GATE from the moment it was announced in early 1979, and unfortunately history has show that on occasion a fan can become so obsessed they turn violent toward the object of their obsession, which is what happened to me during the holiday break of 2006. This is the result.”

Not having time to watch 108-minute film and compare it to a 216-minute cut actually seen by yours truly — also a cut which, thanks to Criterion, is now widely available — one assumes this is primarily the result of chopping down a long, frequently unwieldy piece of work into something a bit more compact and “streamlined,” insofar as something with the character of Heaven’s Gate really could be streamlined. (Of immediate note is the excision of an almost-comically long opening set at a Harvard graduation ceremony; this, here, commences with Christopher Walken‘s explosive first appearance.) Those who take an interest in Soderbergh as an editor might find it a bigger challenge than Psychos, as far as various comparisons and studies go — but something this strange can’t be without value, either. (If only he’d been able to access the more recent cut, which is color-corrected by Cimino and looks incalculably better than an original DVD release.)

So, for those who care, give the photo a click:

Are you a fan of Cimino’s original film? Does this strike you as a fitting tribute?