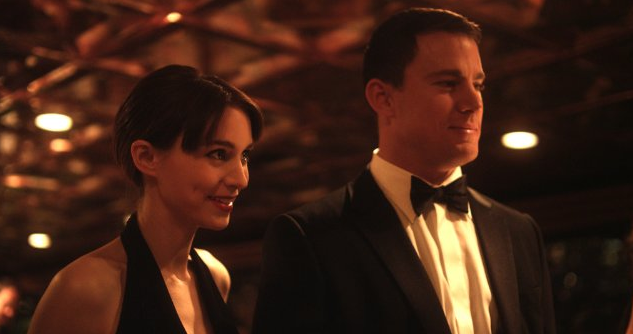 Steven Soderbergh Reached Toward Hitchcock, Polanski, and Nabokov for ‘Side Effects’ If the trailer leaves me unable to make heads or tails of Steven Soderbergh‘s Side Effects, that’s just fine. His three prior films, all very strong in their own specific way, weren’t able to communicate their true intention or, moreover, special qualities with a quick preview. To expect that in the first place shows a huge failing in today’s marketing — different discussion for a different day, however — so to expect the same here is, by now, a little foolhardy.

I do still expect a strong piece, of course, and as much is only reinforced by an EW interview with Side Effect‘s scribe, Scott Z. Burns. Therein do we learn that he and Soderbergh, in crafting a suspense thriller, looked toward the two finest examples a film lover could (or should) think of — Alfred Hitchcock and Roman Polanski. The former’s influence is a little more general, as Side Effects is “in the tradition of a Hitchcock mindf—,” while one of the latter’s apartment-oriented classics, Repulsion, served as their template for mining psychological depths. Matching it is another task altogether.

Vladimir Nabokov and his classic Lolita are also a part of the equation. No James Mason this time around — I know that’s the adaptation; shut up — or underage relations, but Burns notices a pattern between the titular seductress and Rooney Mara‘s onscreen protagonist. How so? Turns out both were crafted with certain traits — handed off by men, too — which give a great skill at manipulating their own world. Having not seen the film, that doesn’t make clear and total sense, but I’m altogether fascinated by that comparison nonetheless.

Us audience members will see how it coalesces when Side Effects is released on February 8th, 2013.