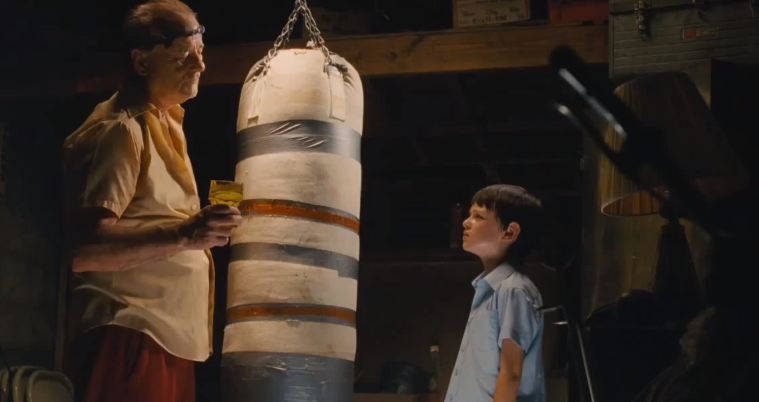 ‘St. Vincent’ Trailer – Bill Murray Trains a Child In the Ways of Degeneracy

Seeing as it will likely put a long-term dent in your Google search for some concert tickets, let’s hope St. Vincent brings a bit more than its familiar premise: old crank meets a lonely, fatherless child and takes him under his wing, introducing him to some of the fun, more-debaucherous-than-his-concerned-mother-would-like sides of life while he, too, learns about the things that really matter. Bad Santa did it awfully well in 2003, so why are we still here?

Well, Bill Murray as the old crank should help, and the supporting cast — Melissa McCarthy as the aforementioned mother, Chris O’Dowd as a priest / schoolteacher, Naomi Watts as an uncouth stripper, and newcomer Jaeden Lieberher as the young sidekick — isn’t much of a collective slouch, either. Although the fine buzz surrounding writer-director Theodore Melfi‘s script isn’t palpable herein, it is just a preview — and hopefully one playing things close to the chest. As for those dreadful music cues… well, there’s one singer-songwriter-guitarist who might be of assistance.

St. Vincent will open on October 24.

What did you think of this preview? Do Murray and co. seem capable of elevating above a familiar premise?