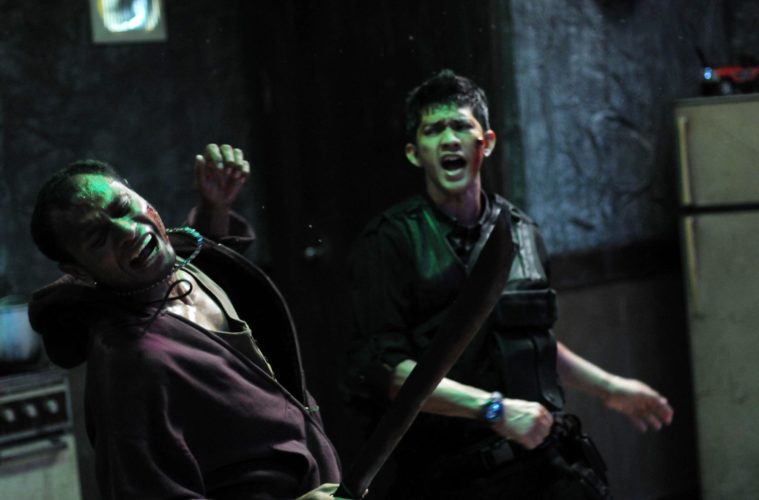 Before their sister company Screen Gems remakes it, Sony Pictures Classics will bring American audiences Gareth Evans‘ highly-anticipated Toronto hit The Raid. Deadline reports on the acquisition, which, given the corporation’s current possession of the film’s rights, is no surprise. (Giving this to, say, Columbia for a wide release would be a big mistake, when you factor in the presence of subtitles.) A release date hasn’t been set just now, but with a possible appearance at Sundance in January, a spring date is in store. Unfortunately, that also means we have to get a soundtrack from Linkin Park member Mike Shinoda. C’est la vie.

The Indonesian action film has a rather simple plot: A SWAT team infiltrates and attempts to take over an apartment complex acting as a safe house for a drug lord. After that, they need to cause some wreckage. Reviews make it seem as though the action takes precedence from that (I assume early) point forward, but the trailer stifles some concerns that nothing of value would be in store for viewers. I don’t think we’ll be getting Wild Strawberries on the emotional side of things, but this has guys with machetes.

It’s also mentioned — at the very end of the Deadline article — that Evans will soon begin production on “a larger-scale film that incorporates the actors and storylines from The Raid.” I’m not one to overly-interpret certain wordings or phrases, but that sounds like the sequel first mentioned in September. At that time, the plan was to shoot in February, and there seems to be no reason why it still wouldn’t move forward then. In terms of plot, well, I’d expect a lot more killing.

You can see the preview below:

Are you excited for The Raid?