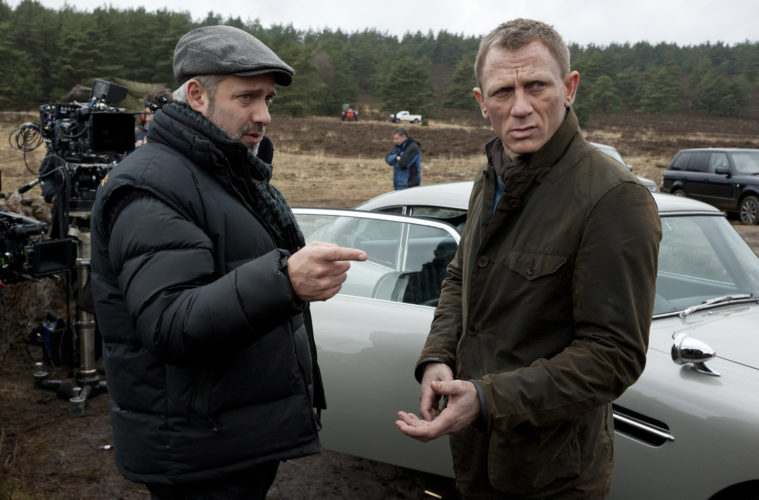 No matter what a smash hit Skyfall has proven to be, Sam Mendes is awfully clear about not making a return to Bond — in his main capacity. However, an interview with writers Neal Purvis and Robert Wade — the duo responsible, in part, for every 007 adventure since 1999’s The World Is Not Enough — has opened up possibilities for Bond 24 (and the man’s own stamp on it) a whole lot.

As Skyfall is their last time with the character, there was some (expected) talk of how the next installment is now out of their hands. Our former helmer might have some control over the creative process, for Wade was quoted as saying, simply-but-ambiguously, that “John Logan and Sam Mendes have come up with a plot for another one.” This doesn’t confirm or deny that we’ll be getting some kind of connected story, or a standalone entry, as Daniel Craig claims. I still think it’s the latter. [HeyUGuys]

Also unclear, this early out, is how much input the director could actually prove to have. While a delay in Skyfall‘s production allowed him to chime in on the screenplay, much of Mendes‘ own influence comes from the more formal side of things; with him unlikely to be helming, I don’t know if we should have any hopes for that to be as prevalent. But, if he and Logan can bring to Bond 24 what made the last Bond such an exemplary piece of filmic entertainment in the first place, specifics hardly matter. In the meantime, indication is a sweet peek ahead.

Would Mendes’ voice in the new Bond film make a difference for you?