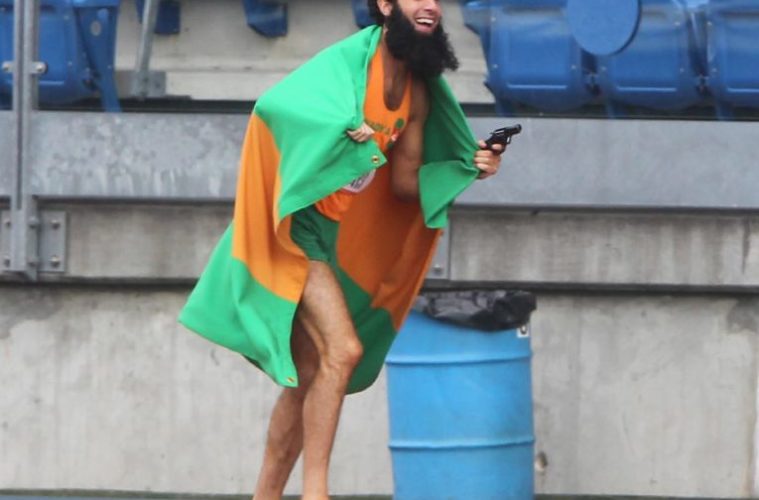 Moonrise Kingdom, the seventh feature from Wes Anderson, is one of of our most anticipated movies of 2012. Not only does it have a talented filmmaker coming off the rebound that was Fantastic Mr. Fox, but it’s also got a great cast that it seems impossible to make a bad movie with.

Starring Bruce Willis, Edward Norton, Bill Murray, Frances McDormand, Tilda Swinton, Jason Schwartzman, Harvey Keitel, and Bob Balaban, it’s also Anderson‘s first period piece, taking place in a small New England town in the 60s. It follows two young kids (played by Jared Gilman and Kara Hayward), who decide to run away after falling in love. This causes the town to search for them, and one can assume that the director’s general quirkiness ensues.

New set photos have shown up at Newport Now (via ThePlaylist), which show off a few of the actors, as well as some set antics and a shot of Anderson. I particularly enjoy the look of Balaban‘s coat, which just feels like it comes straight out of a Wes Anderson movie. The rest are over at either link, and you should enjoy it if you also feel that it’s interesting to get a glimpse of anything he’s making next. Take a look below: Up next is a picture from The Dictator, the next comedy from Sacha Baron Cohen, the mastermind behind Borat and Bruno. Directed by frequent collaborator Larry Charles, it tells the “heroic story of a dictator who risked his life to ensure that democracy would never come to the country he so lovingly oppressed.” We also know that the plot involves “a Hussein-like dictator who gets secretly replaced by a lookalike goat herder and now must find new meaning in a life in New York City,” with Cohen playing both the leader and goat herder. It’s based on Saddam Hussein‘s novel Zabibah and the King, and has been adapted by Alec Berg, Jeff Schaffer, and David Mandel, while also starring Anna Faris, Ben Kingsley, and Jason Mantzoukas.

A set photo emerged of the actor on set about a week ago, and our first official look appeared online a mere two days later. The latest peek at the film would fall under the former category. It’s not too much to see, but it does feature him on a race track, brandishing a gun. You should know pretty quickly if that’s your sort of thing, so you might want to check them out both above and below, thanks to TheDaily (via ThePlaylist), and you can see the movie when it’s released May 11th, 2012:

Finally, we have a shot of Brad Pitt on the set of World War Z, directed by Marc Forster. We’ve covered the movie a pretty decent amount, so you’re probably aware of all there is to know at this point. Shooting was reported as starting soon, but both W.E.N.N. and STYD say that it’s already commenced. There really isn’t much to look at — it’s just Pitt waving to a camera. Sure, he looks handsome doing it (as he always does), but nothing else. Regardless, it’s cool to know that the thing is really going to happen. Also starring Mireille Enos, James Badge Dale, Matthew Fox, Ed Harris, and Alicia Vikander, it’s scheduled to be released summer 2012. See it below:

What do you think of these photos? Which of these movies do you want to see the most?