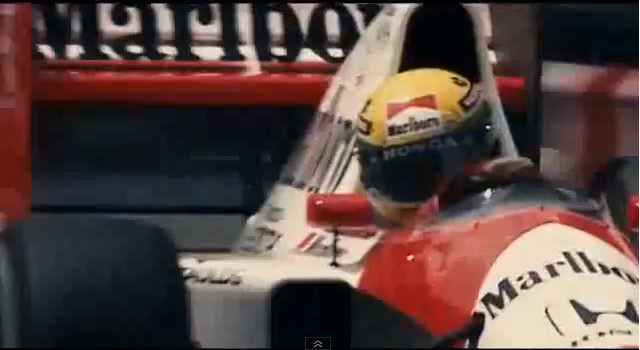 After a U.K. preview showed up back in March, Apple has premiered the first U.S trailer for Asif Kapadia‘s Formula One documentary, Senna. The movie tells of Brazilian racer Ayrton Senna, who became an icon in his field, which was only heightened after his tragic death. Focusing on the rivalry that he had with French racer Alain Prost, in addition to his injuries on the tack and celebrity life off.

I have no interest whatsoever in Formula One racing, but the trailer makes it look like more than just a tale of the profession. A lot of drama is evident from this quick preview alone, and the main subject (thankfully) looks like an interesting one. Raffi saw it at Sundance this year, hailing it as a “a straightforward-yet-breathtaking ride.” It looks like that’s true, especially if seen in a theater with a good sound system. You can watch the preview below:

Plot: Senna’s remarkable story, charting his physical and spiritual achievements on the track and off, his quest for perfection, and the mythical status he has since attained, is the subject of SENNA, a documentary feature that spans the racing legend’s years as an F1 driver, from his opening season in 1984 to his untimely death a decade later. Far more than a film for F1 fans, SENNA unfolds a remarkable story in a remarkable manner, eschewing many standard documentary techniques in favor of a more cinematic approach that makes full use of astounding footage, much of which is drawn from F1 archives and previously unseen. What do you think of this trailer? Do you have any interest in the subject, or does the trailer do enough to sell you on the documentary itself?