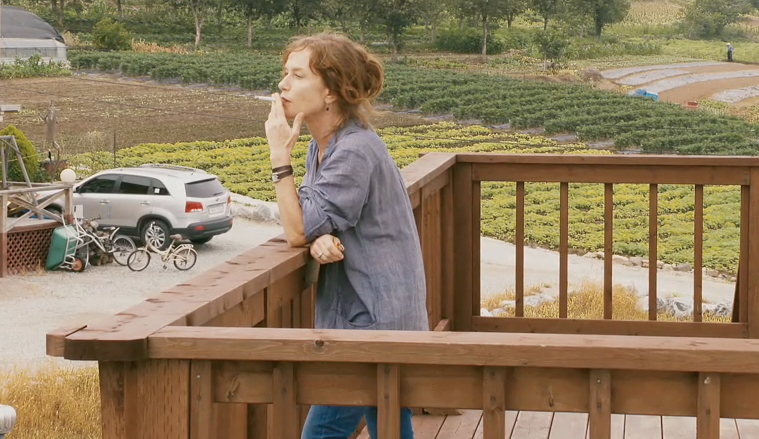 In spite of the director’s high position amongst international art cinema, Hong Sang-soo‘s latest film, In Another Country, hasn’t been getting much word since (or during) its Cannes premiere. Strange, too, since its initial previews (the first of which came in April) have suggested a light, playful, and, even, meta-textual excuse for the great Isabelle Huppert to relax by the seas of South Korea. Any other reactions be damned, I’m already in.

A second trailer has now arrived, further showing the actress, the location, and the tying element of Country‘s Kaufman-like narrative. Excepting some dingy-looking cinematography — a problem which could be alleviated when this is seen on a bigger screen — In Another Country appears to be an incredibly well-rounded affair.

Synopsis: A young film student and her mother run away to the seaside town of Mohang to escape their mounting debt. The young woman begins writing a script for a short film, in order to calm her nerves, and out of her imagination, three women named Anne appear — each visiting the seaside town of Mohang. The first Anne is a successful film director; the second Anne is a married woman secretly in an affair with a Korean man; the third is a divorcee whose husband left her for a Korean woman. In Another Country is currently playing in New York, with various releases occurring thereafter.

Are you impressed with this trailer?