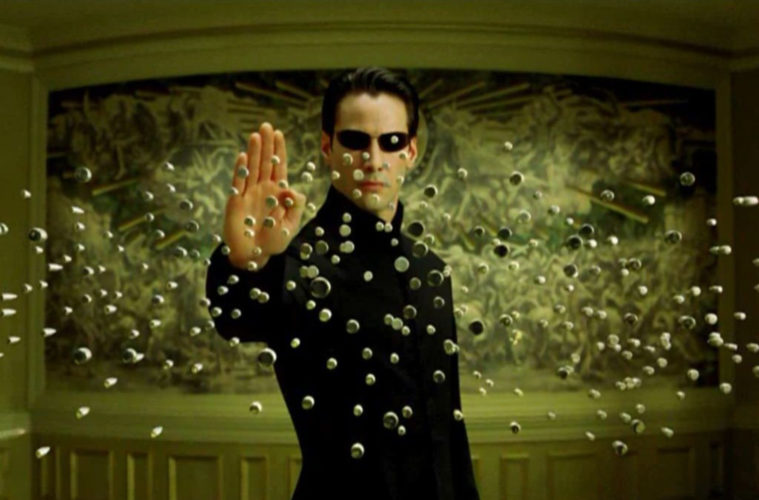 Rumors Swirl That Wachowskis Plan Return to ‘The Matrix’ It seems inevitable that, at some point, Warner Bros. and “whoever else” would want to dig up The Matrix, what with its status as a franchise which, despite sputtering out by its third and still-final installment, was a cash cow that’s maintained a certain cultural cachet — one mostly predicated upon the first entry, yes, but nevertheless a cultural cachet most films less than 1/10th its age would be lucky to have in the first place. With the Wachowskis having come nowhere near the same level of success in the time since — despite a cult appreciation of Speed Racer and some fine defenses of Cloud Atlas — and… well, with the pair maybe not approaching that again anytime soon, their own potential desire to go back and explore that world a bit further makes at least a little sense.

I would thus take what follows as, at least, an actual possibility. LatinoReview report that Lana and Andy Wachowski, along with Warner Bros., are looking toward a new trilogy, with the siblings “[having] already started the writing process with early treatments and outlines already turned into the studio” — one possible angle being “about the birth of the Matrix.” Intriguing, even at the outset, but it’s still the outset and not much of a detailed bit to go off of. If rumors are true, however, we could expect something soon: the same story claims WB “will be making a push to have the new Matrix films ready to up against any new Star Wars and Avatar films by 2017,” hopefully as an R-rated alternative to the surely friendlier sci-fi franchises of Disney and Fox.

And, if nothing else, rumors about a fourth, fifth, and sixth Matrix already seize my attention far more thoroughly than another Jupiter Ascending trailer.

Do you find it plausible that Warner Bros. and the Wachowskis will look toward Neo et al. once again?