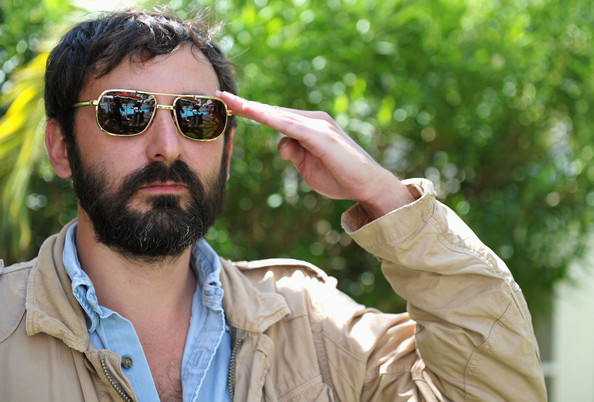 Not a lot of people are looking out for whatever Quentin Dupieux has up next. The helmer behind absurdist farces Rubber (a.k.a. “the movie about a tire that kills people”) and Wrong (harder to quantify, except to say that we loved it at Sundance) does his own thing at his own speed, with the latest time spent on a feature, Wrong Cops, the full-length version of a short he developed with Marilyn Manson. If you wonder why it wasn’t covered in Deadline or Variety, click that link to get a pretty clear idea.

But there’s a second in-progress film, as Cineuropa report that he’s shot a drama, Réalité, with French actor Alain Chabat in the lead. Jon Heder (Degradation of Indie Cinema) Jonathan Lambert, and Élodie Bouchez take supporting roles for the film, a three-tiered examination of “three degrees of reality” that follows Reality, 8-year-old girl obsessed with a video cassette; a love triangle between a struggling horror filmmaker, a sleazy producer, and the latter’s wife, focusing on how the foremost loses control of his own reality; and a washed-up TV presenter who finds himself “suffering” from an imagined skin disease of some sort and feelings of persecution. Wait, what?

It sounds about as out-there as Dupieux‘s prior work would lead us to think, and there’s no way I’d rather have it. Better yet, Réalité isn’t so far off: thanks to The National Film and Moving Image Centre, Realitism Films, Sofica Banque Postale Image, and Manon the film’s expected to make a premiere sometime next spring. I think it’ll be a good idea to keep this one in mind. Check out a picture of Heder from Dupieux’s Instagram below. Do the first bits of information on this new Dupieux film pique your interest?