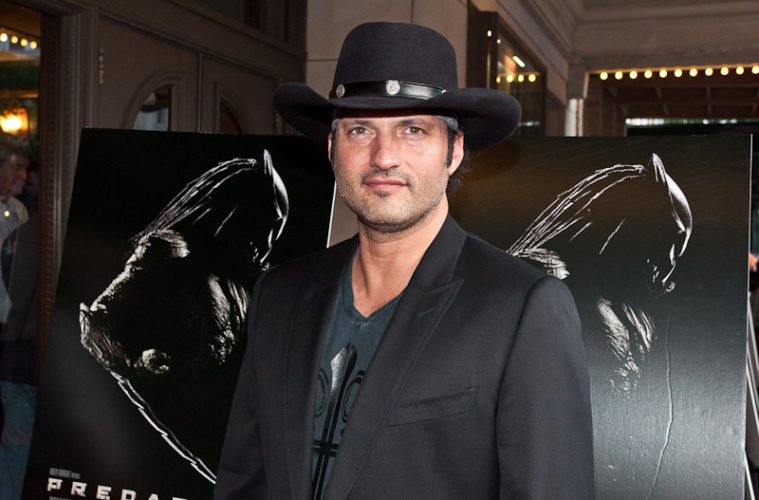 The appearance that Robert Rodriguez made at Comic-Con a few weeks ago was the first time we had heard from the filmmaker in what seemed like quite a while, so he took it as an opportunity to provide more information than any of us expected. In addition to revealing his involvement with the film version of Heavy Metal, he talked about the prospect of Sin City 2 and two sequels to Machete.

When recently speaking to ThePlaylist, he unloaded some more details on multiple projects, while announcing a big development on a little-discussed adaptation.

One of the things that came up, as you might expect, is Sin City 2. He’s been promising this for so long that it’s almost comical by now, but it seems like maybe — just maybe! — he’ll make it this time around. The biggest sign of hope is his assurance that they’ve “got the financing,” thanks to his new company, Quick Draw Productions. The rights are at Disney, but he doesn’t seem too concerned about this. The main focus for both that film and Machete Kills, as it stands, is the script, which still needs to be worked on. That’s definitely a big thing to get done, but the business aspect seems mostly good.

As for shooting either movie, he had this to say:

“‘Sin City‘ has so many effects, conceivably you could shoot ‘Machete 2’ after and it could still come out before ‘Sin City 2.’ So how the distribution goes, I’m not sure, but they might just end up shooting around the same time.”

His plan, as he’s previously put it, is to shoot Sin City 2 around the end of this year. If that does remain the case, then it means we may a) get one sequel much later than we wanted, and b) get another much earlier than we expected.

Heavy Metal is another big question mark for him. Nobody seemed to know he had the rights to a movie that David Fincher was once spearheading until he publicly told a crowd of thousands, making us all confused as to what he would be doing with it. They were lucky enough to get his own words on the project, with it sounding a little more promising than we may have initially thought.

My big concern was that people who were previously involved, like David Fincher or Zack Snyder, wouldn’t have a chance to bring their interpretation of the classic magazine to the screen because of this new acquisition. That doesn’t appear to be the case, as he not only said that contributions could come from “[directors] that had expressed interest [in the past],” but also that he’ll talk to different filmmakers who he feels “might be a good fit” and “might be available to move right away.” Both of the directors mentioned above are doing their own things right now, but they could still get involved; “right away” might not come into effect for a couple of years.

Nerverackers, his sci-fi movie that was revealed back in February, is still kicking along. Not only does he have it “with the Weinsteins,” but it’s “a few pictures down the line.” As you can probably tell so far, however, “a few pictures down the line” could either be very soon or a very long time. This is one we’ll have to wait to hear more about.

Lastly, his adaptation of Frank Frazetta‘s animated movie Fire and Ice — which he also announced at Comic-Con — is happening very soon. He claims that production can, “for sure,” commence in “the first half of next year.” So, does this mean the next three things we’re seeing from him are Sin City 2, Machete 2, and Fire and Ice? If that’s the case, then he might have a nice couple of years ahead. He feels that his new company should give him the chance to work on his own terms, and maybe that means all these delayed films can start moving forward.

Do any of these projects interest you, and are they what you want Rodriguez to be doing?