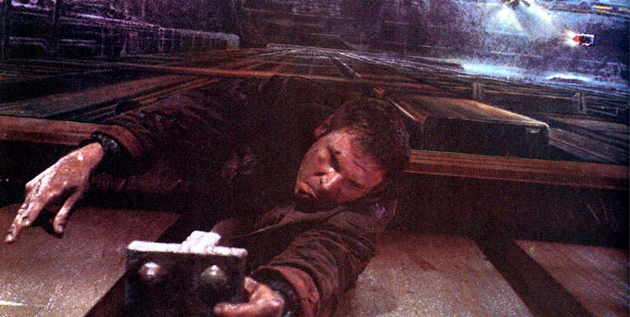 Even Ridley Scott thinks Ridley Scott is too busy. Between next month’s Exodus: Gods and Kings, a recently commenced shoot on The Martian, and plans for Prometheus 2 continuing to stew, the idea of adding anything else to the plate is daunting — even when that “anything else” has been in development for more than three years. It is thus only a small surprise that he won’t, in fact, be stepping behind the camera for a Blade Runner sequel, which, a Variety profile reveals, is now in the hands of another, yet-to-be-announced helmer. Scott’s duties will come down to producing, along with having helped shape the narrative’s general trajectory.

When there isn’t much else noted on that matter, it’s more interesting to hear Scott shed a bit of light on how Rick Deckard, portrayed so memorably by Harrison Ford some 32 years ago, will factor into and influence its storyline. In so many words: don’t expect to see a whole lot of him, but anticipate that Deckard will matter a great deal. Clearly aware of how certain expectations for franchise revivals play, the director and scribe Hampton Fancher have opted to craft a tale “about finding him,” more specifically one where “he comes in in the third act.”

What that means, exactly, should be clear before long, for Blade Runner 2 (or something with a sexier title) is expected to commence production before the end of 2015.

Are you disappointed that Scott won’t direct a new Blade Runner? Based on early word, what do you make of the plans for its narrative?