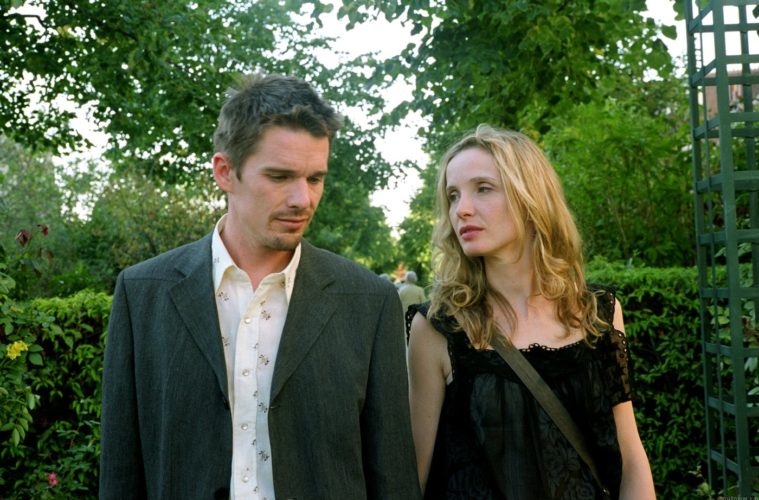 Update: Ethan Hawke told MTV that, while he is in Greece on a Before Midnight assignment, it’s not a shoot. Instead, he and Richard Linklater are “trying to see if it’s worth filming,” though that development alone is, in his opinion, “not really worth talking about.” What’s there is reportedly “super good,” however — because he’d tell us this movie is an early disaster, if that were the case — and still being fashioned into something more. So, wait a little bit longer and read the original story below.

Was Julie Delpy pulling our leg? The French actress, best known to Americans for her work in Before Sunrise and Before Sunset, recently said the series’ much-anticipated third installment might not start until 2013 — at the earliest — and, yet, news to the contrary has started to accrue.

ThePlaylist did a little research, finding a link to GreeceReporter that states co-star and co-writer Ethan Hawke is already in the city of Peloponnese which, along with Pylos, Koroni, and Kardamili, “has become a film set.” Flix reinforce this idea, also saying Richard Linklater‘s Detour Films will be producing with the Greek Faliro House; then, a blog not only says both Hawke is not only staying in Peloponnese — with Delpy’s name getting thrown around — but that their project is titled Before Midnight. Even bigger, I think, is a travel blog purporting they’ve been in production since August 15th. (Or, two days after that other story was published.)

Sudden as it may be, this is quite easy to take at face value. Linklater has no qualms about doing things under the radar — some are still surprised when I mention he’s been filming a movie with Hawke over the past ten years — before releasing them under his own terms; what we’re seeing is not outside his creative wheelhouse. There’s reason to ask why Delpy isn’t, apparently, in Greece right now, with ThePlaylist thinking it might connect back to the reveal that this would be “rooted in the technology of now.” I won’t go out and make presumptions as to what it could all mean, since we don’t even know if this is actually underway. Still, don’t count it out.

Based on this evidence, does it seem possible Before Midnight (or whatever it could be named) is already shooting?