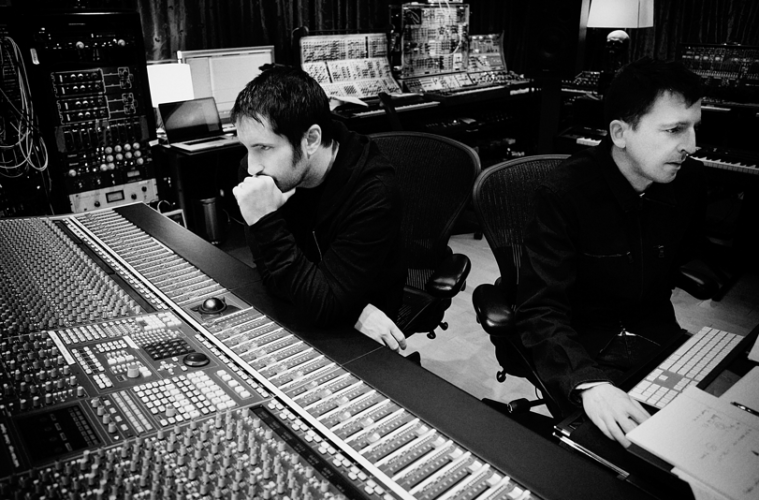 Short of John Williams being tapped for the next Spielberg picture, here’s your least-surprising composer-related news of 2014, no more than three weeks in: on Twitter, Trent Reznor has announced that, following The Social Network and The Girl with the Dragon Tattoo, he and Atticus Ross are underway on their third David Fincher collaboration with this October’s Gone Girl. (But, really: like it could be anyone else?) Nothing is yet available for our listening pleasure, as is somewhat needless to say, but I’m nevertheless encouraged by the likelihood of a new direction — just as 2011’s chilly thriller didn’t sound a whole lot like 2010’s still-chilly techno biopic, 2013’s you-guess-the-tone mystery may see them branch out toward something altogether different. Which isn’t to say more of the same would be so bad, either, given how fine “the same” still holds up.

In the same way that development is hugely expected, the scoring news which follows can’t help but seem like a bit of a comedown. We’re excited, however, to read that Todd Haynes is really, truly gearing up for his first feature since 2007’s I’m Not There, and in preparation for the new picture, Carol, he’s back with Mildred Pierce and Velvet Goldmine collaborator Carter Burwell. The ’50s-set romance is set to star Cate Blanchett (previously of Haynes‘ I’m Not There) and Rooney Mara and takes from Patricia Highsmith‘s novel about a department store worker who strikes up a relationship with an older, married woman dissatisfied with her own relationship.

Following that, Danny Elfman is said to have taken up the job for Fifty Shades of Grey, director Sam Taylor-Johnson‘s (Nowhere Boy) adaptation of… oh, you absolutely know what happens; don’t play the coy game. How he derives lilting, whimsical notes from being tied up with a belt or swallowing semen is a mystery unto itself — one we’ll have the answer for on February 13, 2015. [Film Music Reporter, twice, via ThePlaylist]

What do you expect from another Reznor-Ross-Fincher collaboration? Do Burwell and Elfman boost interest in their respective new projects?