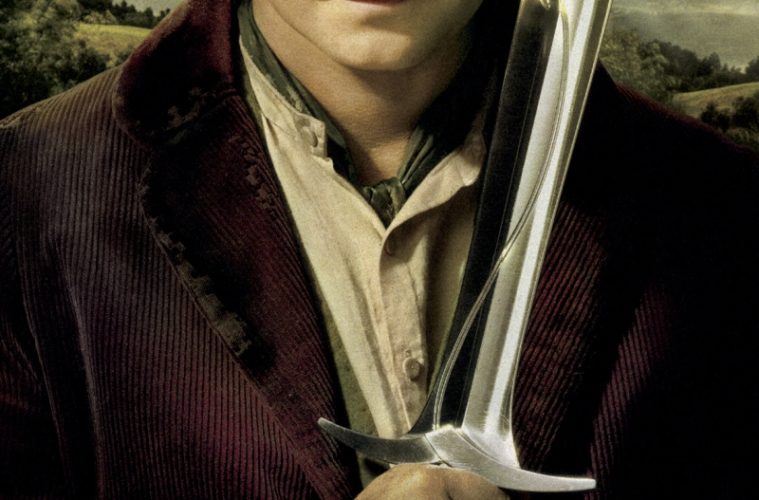 [Review] The Hobbit: An Unexpected Journey

When a film’s finer moments resonate because we’ve been reminded of a ten-year-old series, something isn’t right. When that entire film — make that, “when three entire films” — may have been made because audiences also like said series so much, the craftsman is losing a war before their first battle even reaches its end.

So it goes with The Hobbit: An Unexpected Journey, director Peter Jackson’s second journey into (and the start of a second trilogy set in) J.R.R. Tolkien’s Middle-earth. In venturing back to that magical place overabundant with weird creatures, pretty plants and so, so many open fields to walk across, the New Zealander has made a semi-prequel about Bilbo Baggins and 13 dwarves’ journey to the Lonely Mountain — a smaller, simpler tale with a light heart.

At least, on the page. But, as a film, The Hobbit takes far too many stabs at what made The Lord of the Rings such a grand achievement all those years ago — speaking in terms of scale, scope, and, thinking back to The Fellowship of the Ring, structure — eliciting a vibe that brings up words like “copy,” as opposed to, preferably, terms such as “entirely new work.” When it’s not only been done before, but also far better, the cumulative effect is more akin to going through the motions than going on an adventure.

But, boy: if only in terms of quality, do I wish this was The Lord of the Rings. A big problem, perhaps the underlying one, lies in its source material. The relatively A-to-B nature of The Hobbit follows Bilbo Baggins (Martin Freeman), a simple (ahem) Hobbit whose life is thrown asunder upon a visit from Gandalf (the still-great Ian McKellen), a magical wizard accompanied by 13 dwarves (don’t make an attempt in singling them out; Jackson doesn’t even seem interested in doing so) who hope to reclaim their long-lost gold. A perilous trip all its own, but one with the end point of a destructive dragon, Smaug, from whom Bilbo has been hired to steal the massive treasure.

Narratively speaking, Tolkien’s book was mostly held together by setpieces, many being scenarios in which the 14 journeymen get in trouble right before Gandalf casts some magical spell to save the day. (Then save the next day, and the day after that, and the one following that one…). No matter how problematic this is on the page, such a design works perfectly fine when you read on a chapter-by-chapter basis.

But it, still, is undoubtedly one of the biggest faults in Tolkien’s original text, and it’s that which makes the choice by scribes Jackson, Fran Walsh, Philippa Boyens, and Guillermo del Toro — the lattermost of whom’s touch, I’m sorry to say, is almost entirely absent — to retain it for Journey is the more baffling. Trolls? Wait for the white light of Gandalf’s staff! Goblins? That staff will save the day! Wolves ridden by a white creature who’s so uninteresting you’ll have forgotten his name or proper association with the dwarf leader as the film happens to play? Here comes the staff, boyeee!

Their conclusion notwithstanding, these scenes often carry enough spirit to make their presence wholly tolerable — heck, sometimes an outright pleasure (see: the famous troll sequence) — while others work far better in retrospect. Much as we don’t really need a 40-minute introduction with dwarves eating, throwing plates and singing before actually stating why they’re present — oh, will audience-wide concern for the film’s quality settle in during those scenes — it has a relative quaintness (or the closest thing this movie has to that characteristic) that could’ve made a big impact during many of the later events. Admittedly, how you transfer this feeling from a hobbit hole to a giant, scary goblin cave is not in this writer’s jurisdiction.

Also helping to ground the experience is Bilbo himself, Martin Freeman, who brings his impeccable comic timing. Seeing as An Unexpected Journey tends to be funnier than its already-humorous predecessors, he makes for a great choice — yet he, the title character, feels slighted. Because of the setpiece-oriented screenplay, he comes to get thrown in with one of the practically nameless, essentially faceless trolls, often left to be a running figure and rarely the sort of easy-to-invest in character we knew Frodo to be. (Oh! Elijah Wood and Ian Holm are present in the opening. That’s about all there is to say.)

It can’t be a huge coincidence that An Unexpected Journey’s highlight, by a country mile, is the scene between he and Andy Serkis’ Gollum — one any fan of the original text will know off the top of their head — which you wish could be turned into its own sort of subplot. For a moment, we take a break from the aurual bombast and visual clutter to just let actors act. Why couldn’t we have a little more of that?

Well, much as it hurts to say, the majority of An Unexpected Journey is hindered by Jackson himself. No matter how much of a master craftsman — less consistently, strong storyteller — the man’s proven himself in past work, an undeniable, sometimes strangling sense of directorial hubris was difficult for this reviewer to really overcome. Although we could just go on about scenes and actors that really add nothing — hello, Radagast the Brown; nice to see you, Cate Blanchett, Hugo Weaving, and Christopher Lee — blame his co-writers for that, too.

On his count, look toward the implementation of 48fps, a technology that’s perfect for those who don’t think movies just don’t look good enough. (Which is to say, those who don’t actually like movies in the first place.) Having seen a fair share of the technology’s aesthetic appearance for myself, the decision to trumpet this thing — a tool which gives everything this thin, facile quality — in the first place is baffling. Gone are the depth of Rings’ textures and compositions, present is this digital-to-the-nth degree effect which replaces the experience of watching a film in the theater with watching something on your uncle’s uncalibrated HDTV. (Try to point out the difference between 48fps and the latter experience. Really, try.) The only time it feels to have worked — and we’re talking about a lengthy film here, ladies and gentlemen — is during a few big effects sequences. Although the opening scene ends up looking outright garish — something about the format, here, lent a washed-out palette to the colors and paper-thin quality to Weta’s work — while several other moments feel, frankly, sort of unfinished, there are moments that happen to astound. One of the many setpieces takes place between giant rock creatures upon whom our company have found themselves placed; when a human presence is directly in the action, we end up seeing some of the most convincing CGI ever put to screen. (The same is true of Gollum, who Jackson is wise to display in wide shots which pit him and Bilbo in the same image; it gives the character an even greater human presence than past appearances.) Still, 48fps, do cinema a favor and become a footnote in this movie’s Wikipedia article already.

Despite the consistently middling tone which courses through The Hobbit: An Unexpected Journey, it’d be dishonest to claim the lush sight of Middle-earth was not for some sore eyes. Moreover, as a massive fan of Jackson’s original trilogy, too, I hold out (not unjustified) hope that The Desolation of Smaug & There and Back Again, the respective second and third installments, will soar in a way this never really managed.

When, at the end, Bilbo Baggins tells his tired and tested partners that the worst might be behind them, part of me was inclined to believe the lovable hero. Don’t prove him wrong, Peter.

The Hobbit: An Unexpected Journey will open everywhere on Friday, December 14th.