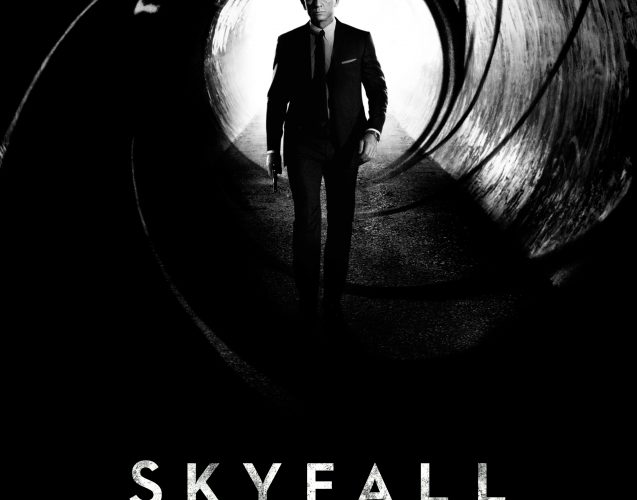 Towards the end of Skyfall, James Bond (Daniel Craig) stands on a rooftop, overlooking a cold and moody London morning. It’s a striking image on its own, thanks to both Sam Mendes composing and Roger Deakins lighting the moment with professional aplomb — but there’s something else at play. Acting as a visual echo of an earlier and seemingly normal transitional shot — which is not to discount all the aforementioned skill that goes right with that, either — of a statue overlooking the great city, it becomes clear that this film, both the character’s 23rd installment and his 50th onscreen anniversary, is as much a tribute to the MI6 agent as it is a superb form of entertainment.

How incredible, too, that with such a long history on its shoulders, Skyfall never feels like the treading of familiar ground. Nearly every Bond film has followed a (more or less) identical structure — the type which doesn’t necessarily need to be delineated by now — save for a deviation by Craig installments that’s, generally, helped keep them revitalizing. The screenplay from Neil Purvis, Robert Wade and franchise newcomer John Logan strikes a careful balance between old and new, finding ways to mix motifs such as the “Bond girl,” low-level contacts who give it up before being given up, or exotic locales — all of which add to that globe-hopping mystique — with the newer installments’ gritty “realism” and sense of modern urgency. It is in this way that Skyfall gives a look at where things have been, where they are and where they might end up going; if that’s truly the new Bond, an old fan (like yours truly) has no problem moving forward.

The narrative thrust is both smaller and, especially, more personal than some prior outings of a franchise which, often, has hindered itself with a tendency to go big and leave the actual feelings back at home. Assumed to be killed in action whilst on a mission in Istanbul, Bond is compelled to return when a familiar face, Raoul Silva (Javier Bardem) uses a lost hard drive to target MI6 agents, with a particular focus on M (Judi Dench). The Bond girls (Bérénice Marlohe as Sévérine and Naomie Harris in the role of Eve) show up to help out.

You can guess some — though, trust me, definitely not all — of its progression from that point forth, and the overarching plot is not exactly snapping the 007 formula into a hundred little pieces. (Perhaps you could say it’s breaking the formula apart, adding the thing back together in an unorthodox fashion, then adding ten new modes at once.) Rather Skyfall’s main pleasures stem from a bit-by-bit (-by-bit, and so on) progression, following James Bond from one spot to the other, going through the motions of what we’ve come to expect from the agent, then undercutting them with something that feels wholly fresh. It’s difficult to put a precise stamp on how Skyfall manages to do so, in no small part because the devil is in its innumerable details of craft. As alluded to before, Bond virgins Sam Mendes and cinematographer Roger Deakins bring every ounce of their talent here, treating each scene – in the interest of fairness, each individual shot – as if it were part of a more “serious” drama either’s made their bones with. The compositions alone are so crisp, so surprising, so varied, giving even a simple scene of exposition the sort of flavor such moments typically lacked for fifty years.

To be frank, the film’s rich, frequently eye-popping visual palette (those nighttime sequences!) could dovetail into a whole other discussion. It’s one many will undoubtedly feel compelled to carry out once they’ve seen it for themselves, yet there’s such a strong and concise dramatic center to Skyfall that you don’t want aesthetics to be everything from first page to last; one of the primary strengths in the work by Mendes and Deakins is a sense that it’s actually in service of something greater than an individual self.

Part of that greater something is Mendes’ cast, a congregation of talent that outshines every prior Bond picture by leaps and bounds. We could argue all day about whether or not Craig is the best James Bond (he is); what, ultimately, makes him so exemplary is the weight of real-world consequences that hangs over him, be it the haggard crevices in his face, the stride of his walk, or the communication of struggle that comes in being a reborn secret agent. But you know why he stands above his fellow 007s? Because he gives a goddamn performance and leaves the suave theatrics at home. This is not a well-oiled, world-traveling sex machine, but a government-employed killer – it’s something elemental that Craig taps into more strongly here than his first two turns.

You get what you expect from Dench’s M, which is no actual complaint; it’s truly Ralph Fiennes and Ben Whishaw who act as the rejigged MI6’s new lifeblood. Though the former is, perhaps, a bit underused in the grand scheme of things — just a few extra moments of him being him (and getting to understand that arc a bit more) would have done enough to flesh things out — he brings that steely quality most tend to love in prior work, while the latter, a total surprise, has a ball as the new Q.

Aside from Whishaw’s fun mannerisms and the screenplay’s nice quips – something I think the character has (and still could) lived on alone – what really aides is a break of sorts from the work of the late, great Desmond Llewelyn. This Q is younger, a bit more dry in his interactions, and feels like a greater part of the action than, as was customary, the man who shows up for one scene to give us a good chuckle and the chance to ooh or aah at some impossible device. (Which is not say said good chuckles are even absent. The humor is back with Skyfall, if just a bit dialed down from the days of Roger Moore.) But, oh, Javier Bardem. It felt as though an hour (give or take) of Skyfall passes before we’re even introduced to Silva, a man we only hear the worst things about and whose actions we get a snatch of here or there. His introduction alone is an all-timer for Bond. Not just an impressive act of staging, framing, and acting on its own; also, no question, the single best entry for any villain this franchise has yet to conceive.

Where he takes it from there is funny in a Joker-ish sort of way – even, at times, charming in a manner not unlike Hannibal Lecter – but all Bond by the time his final scenes make their way across the red- and orange-lit frame. Very likely the greatest performance to be found in any 007 picture.

By the time Monty Norman’s theme blares out of theater speakers, Skyfall has thrived on this feeling of collaboration betwixt those in front of and behind the camera, a certain – perhaps hard-to-sufficiently-pin-down-in-words – sensation that everyone strived to make a film capable of both standing on its own and being worthy of a massive canon. The fact that they not only succeeded, but did so in such a confident, out-of-the-ballpark fashion is icing on a perfectly satisfying slice of espionage cake.

Thrilling, relevant, emotional, and brimming with unforgettable moments of visual grandeur, Skyfall is among both the best of Bond and 2012’s cinematic offerings.

Skyfall will open in the UK on October 26th; a US release is scheduled for November 9th.