Settlers Review: Sci-Fi Thriller Leaves its Audience in the Dark 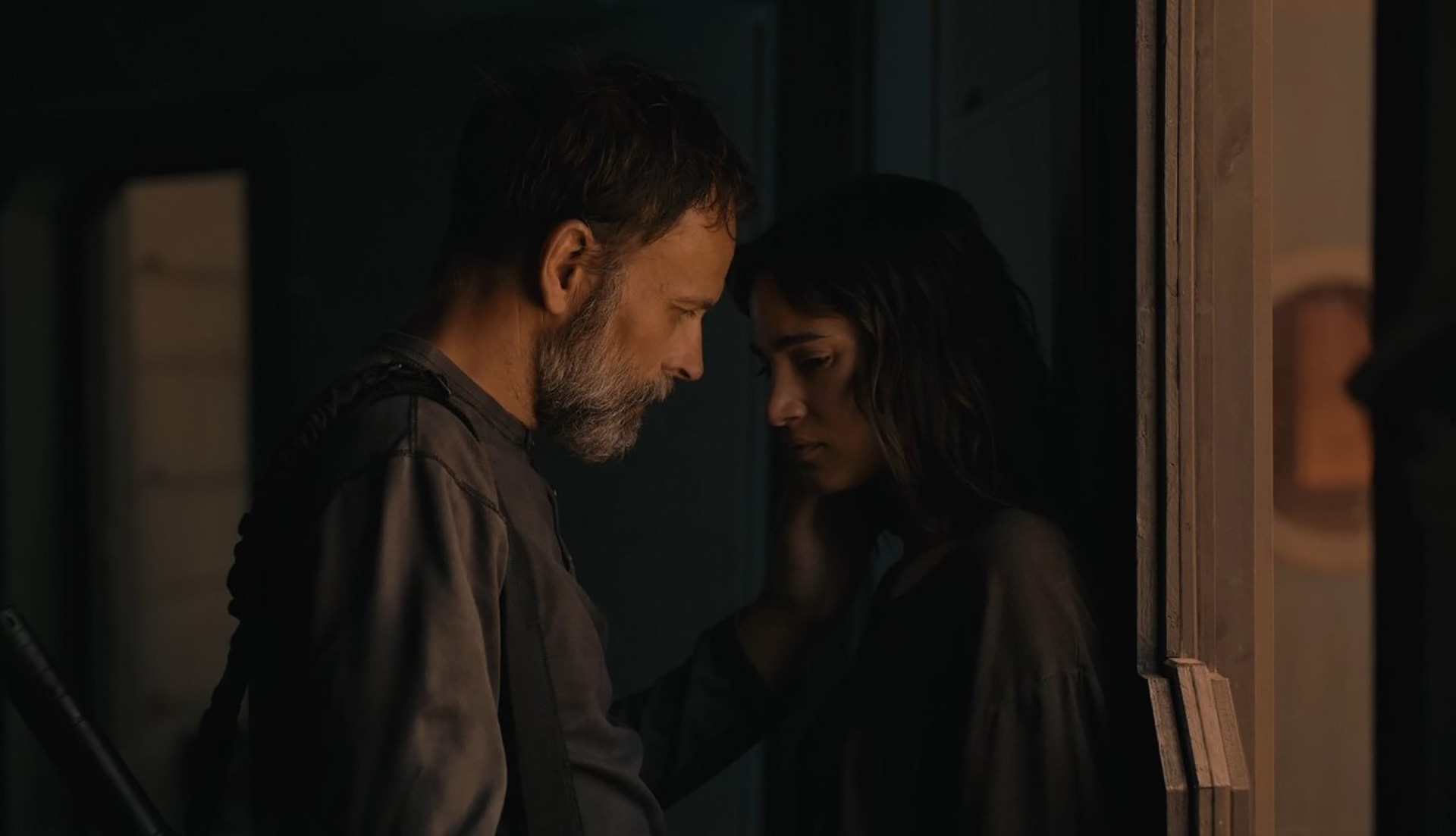 The thing about withholding plot information is that you must generally divulge that which you’ve held back at some point. To simply ignore that your audience is in the dark as far as the big picture is concerned is a sure-fire way to lose interest. Because what’s the point then? What are we really watching if the endgame leaves its characters in the same exact place they were before? I think writer/director Wyatt Rockefeller hopes that his feature debut Settlers will succeed for no other reason than the fact that it attempts to find some semblance of circuitous repetition. When you’re dealing with science fiction colored by the selfishness and greed of humanity, that type of narrative often plays—if it provides something to latch onto.

The lead character Remmy (Brooklynn Prince as a child, Nell Tiger Free as an adult) isn’t enough despite being, for all intents and purposes, mankind’s last hope: a precocious kid growing up inside a colony on Mars years after Earth has proven ill-equipped to sustain life. Her father (Jonny Lee Miller’s Reza) and mother (Sofia Boutella’s Ilsa) seek to prepare her for the future even if they (and we) have no idea that the word “future” means anymore. They’re the only three people at this colony after all. Remmy’s parents warn her not to venture too far from camp because of a nondescript “danger” and always make certain to return before dark. What then is it that she’s being raised to do? Live and die alone?

Cue conflict via “strangers.” Reza takes up arms. Ilsa goes into fight or flight mode. And Remmy is left to pretty much experience their collision through the adult’s amplified fear and rage. Who are these people and where did they come from, though? What makes them bad and our trio good? Or maybe those labels are too reductive to use considering we’re dealing with the genesis of a new civilization and the lawless Wild West nature such beginnings possess. Reza and Ilsa seem to have an idea about who these people are and they, in turn, seem to have a stake in reclaiming what they believe was taken from them. Jerry (Ismael Cruz Cordova) is thus introduced as an enigmatic force that ensures nobody on-screen can be trusted.

Rockefeller sows this mistrust with intent. He must since it’s quite literally the only thing Settlers has going for it. The real disappointing part of that truth, however, is that it proves enough for the first two chapters. He allows us revelations then by answering questions we’ve been asking ourselves throughout like, “How are they able to walk around Mars without spacesuits?” By making everything so secretive, everything he does to push the plot forward illuminates details that turn this very small camp into a much bigger world—and conversely an even smaller one considering everything is converging here. Reza, Ilsa, and Jerry’s pasts are brought into clear-ish focus and we ready for Rockefeller to zoom out and finally tell us the rest. Only he never does.

It’s not that he botches the job either. He either didn’t write a bigger picture or chose not to share it. We quickly understand the loop at play with Jerry becoming an older mirror to Remmy where curiosity and headstrong strength of will are concerned, but the fact he’s here now doesn’t bode well for her desire to leave. Why should we root for her then? Why should we want her to find out for herself if we’ve been told to believe survival only exists in this one place? If Rockefeller allowed us to know anything about what Jerry experienced or why what little he does supply is true, we could build anticipation and hypothesize that Remmy’s luck might be different. We instead wonder about our motivation to keep watching.

I’ll tell you want it isn’t: that which Rockefeller puts on-screen during his third act. And I knew it was going to go there even if I hoped he’d find a different way. This type of story doesn’t have many options. Either the characters become each other’s champions to push everyone towards new adventures or they let their baser instincts drive them to nightmarishly inexcusable acts. If Rockefeller’s desire to make this film was to open a door to a little girl’s imagination where exploring new worlds are concerned, he could have made Jerry into a role model. He could have glossed over what Jerry does en route to becoming Remmy’s confidante by pleading self-defense and built a relationship that earned trust. He chooses a darker path instead.

And for what? Drama? There are infinite better ways than using unnecessary trauma as your character’s path forward. It’s not like Remmy doesn’t experience enough necessary trauma as it is considering survival mode forces good people to do heinous things. Hinging Act Three on yet another one when so many alternatives existed is nothing more than piling on. The crime does give a cute little robot named Steve (who becomes Remmy’s silent best friend) something to do, but that kind of makes matters even worse. There’s no excuse for introducing sexual assault as your avenue towards giving a woman the “strength” to persevere (especially when her strength is cemented way back in Act One). Saying that it also bolsters a robot side character’s purpose wins you zero points.

Let’s pretend Remmy gets through it unscathed. Not only doesn’t it make the scenario better, but Rockefeller still hasn’t told us anything to care that she has. She’s still at her camp looking at the great unknown. She still hasn’t learned anything that would allow her to not enter that yawning abyss blind. No amount of quality acting (all are very good here with Prince and Free leading the charge as Remmy) or effective production design can negate the reality that the entire ordeal is pointless. A girl’s curiosity remains despite a bunch of harrowing events ultimately causing her to be in a worse place as an adult than she was. That’s not empowering. What then is the message at the core of Settlers? That life is hopeless?

Settlers opens in limited release and VOD on July 23.