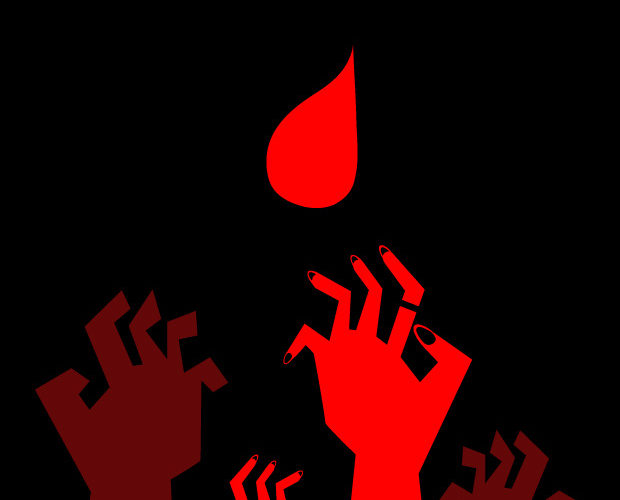 One cannot take lightly the implications of a candid filmmaker opening his latest picture with the words “An Official Spike Lee Joint.” Before we can even imagine what’s to come, his third endeavor in as many years — yet only the second of two joints and, indeed, successor to “A Spike Lee Film” that was publicly encapsulated by its credited maker with the words “tough business” — thus immediately establishes itself as a push against any and all who’d care to silence his voice. A quick introductory scene practically elides over the last title’s existence wholesale, bringing us back to the church of Red Hook Summer’s since-deceased Bishop Enoch — less for the sake of delineating proper continuity between works and more, it seems, for the sake of situating and making comfortable those who are about to be offset and discomfited. As, over mere minutes, the scope rapidly expands and the voice in command only grows louder, soon made into the equivalent of a madhouse blare, his push is now in defiance of many a crucial thing: total coherence, absolute logic, formal consistency, moral decency, and good taste. Praise God. Da Sweet Blood of Jesus is Spike Lee’s freest-feeling endeavor in a spell, the full-forced reminder that, after years divided by safe hits (Inside Man and, yes, Oldboy) and personal duds (Miracle at St. Anna, the aforementioned Red Hook Summer), he’s yet to lose sight of how both the personal and the lively might flow together. Weighed with regard to a place amongst the Lee canon, it stands as a work equally divided by divergences and conformities nevertheless united, forcefully, by a genuine, dyed-in-the-wool insanity. For one, it’s perhaps the first of his work to cast native Brooklyn as wholly treacherous territory. Sharply and elegantly, contrasts are drawn between its primary setting of Martha’s Vineyard — clean and bright images of a beachside home (40 acres of property!), with wide, open compositions instilling a sense of freedom — and the merely recurring borough. One a place of relaxation and affluence, where a black man can play Gatsby dress-up and order around his racially ambiguous butler; the other a grainy, distantly captured locale — shots so often observe, peering from afar, instead of directly engaging — where a man preys on the innocent and receives HIV blood tests. After decades of tough love, Brooklyn is shown as mostly broken, the only salvation coming from the former hiding spot of an emotionally tortured pedophile.

In this regard it dovetails rather nicely with the outsider’s perspective of Red Hook Summer, that connection further bolstered by Lee’s classic dolly shot again cropping up in this space of worship. (A subsequent twist on the technique is fun, yes, yet also ties to the state of Jesus’s protagonist in a way which, contextually, is all the more wonderful for having been saved until now.) The depiction of black assertiveness — though essentially (and cynically) a fantasy, given that it’s only made possible by supernatural means — alone earns it a valuable place in his oeuvre. But placing Da Sweet Blood of Jesus in a formal context, even when speaking of a filmmaker with such variety, might be more difficult. At one moment it’s as gritty and raw as we’d expect; at others, it’s as quiet and patient as anything he’s ever composed. At one moment it adheres, disturbingly, to the genre it’s ostensibly a part of; fifteen minutes on, a combination of two shots make sexual the horrific and, seconds after, make comedic the sexual. A bellowed command to drink red wine is felt to be serious on account of clear connections to the film’s subject matter; in the same instant, it’s rendered screamingly funny by three or four pieces that had been set up through earlier action. It shouldn’t be a surprise, really — Lee’s best films so often walk this fine line between one end and the other. Maybe it’s just a sign of where he’s been that it all feels so new again.

A legion of evident pleasures notwithstanding, its abrasiveness and outlandishness warrants asking how much perceived looniness is intentional and how much simply stems from a scramble of ideas. Most (if not all) experiencing the first twenty minutes would find the grade Jesus has been handed below a truly unjustifiable choice, what with how oddly its pieces of character, setting, and narrative are positioned early on. Indicative of these initial missteps is its Martha’s Vineyard location, only introduced in an early sequence itself burdened with confusing exposition — confusing not only in terms of who these characters are, but why what they’re saying matters past an obvious “the person being discussed might show up later” — yet not presented as distinct and organic until more has passed and we’re already more than ten minutes deep. (This is to say nothing of the establishing scene, while proving funny and carrying some pertinent social commentary, coming across as overheated and rushed.) It may be nice to assume this is just another strand of its craziness — and it’s not at all impossible that, once a viewer is aware of where things are meant to head, these introductions will play more cleanly a second time through — there’s a confidence which settles once the picture’s second lead arrives. Instead of an evolution in what Lee is attempting to stage, this occurrence feels more akin to a clean break — the start of something fresh and vital, and a more-than-necessary corrective. What’ll stand out more strongly than initial narrative incomprehensibility is a very particular use of soundtrack, the director mixing original compositions by Bruce Hornsby — returning from Red Hook Summer and Oldboy — with contemporary rap and soul music. He’s often effective on the latter front, ingraining into Jesus’s fabric loud, nearly hypnotic tone that become essentially inseparable from the images they’ve accompanied. (That they’re also unrecognizable is probably part of their effect, as Lee had requested unsigned artists submit their music for consideration.) But Hornsby’s work with the director has never evinced much cohesion; these original compositions prove so busy and, said more simply, so loud — often played at the same volume as dialogue exchanges — that it crosses from merely inelegant and into nearly incompetent. It’s odd that an artist with Lee’s level of technical proficiency and authorial control has been making this mistake so often in recent years. With a single notable exception, cutting these cues entirely would only assist a scene, highlighting the oddities of Jesus’s dialogue and careful rhythms of the actors’ readings instead of so obviously hindering what’s special.

Although it should go without saying that two hours of high-faulting, shotgun-spray cinema is bound to slip here and there — barring a degree of perfectionism which, just as often to his credit, Lee hasn’t always seemed so terribly interested in — but they become fewer and further between, the picture only seeming to grow more muscular the longer its time is spent. Slavish and undiscerning as this may sound, even the more unusual flashes in its sublime third act are difficult to consider some significant error or an effect of rushed judgement when seen amongst more crucial gestures. Is one odd angle or unusual pan so untenable when considering the elegance of his shot selection, the tightness of his cutting, and the bullet-like momentum at work once his elements cohere? What does one eyebrow-raising turn matter when it’s a contribution to one of the best scenes he’s ever orchestrated? In accord with Lee’s own aversion to tidy artistry, that it’s not a film that expresses much of any concern with cohesiveness — the plot, if outlined, would show a collection of loosely connected scenes predicated upon three things: seduction, sex, and murder — very likely makes its successes all the more divine. If this doesn’t account for its in-the-moment effect, perhaps little else would; in the face of its scorching insanity, falling in is really the most you can do.

Da Sweet Blood of Jesus premiered at the American Black Film Festival and has yet to secure a distributor.