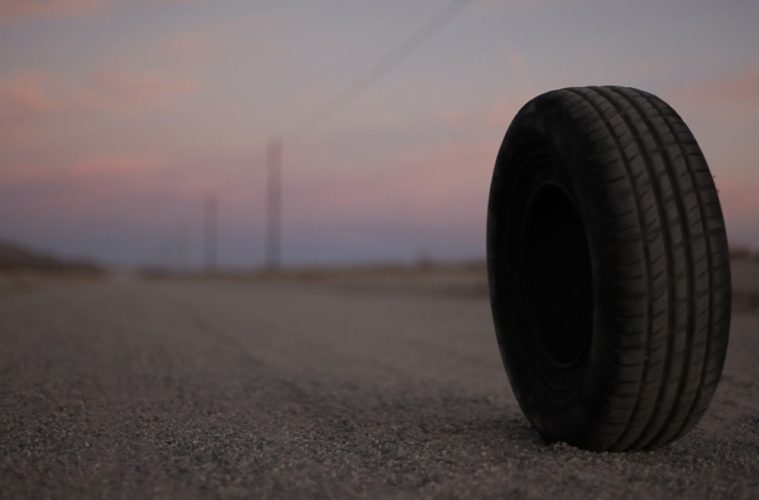 I can’t think of many other movies in the past, oh, five years that are as high concept as Rubber. Directed by Quentin Dupieux, the film is centered around Robert. The thing is, Robert is a tire. Who kills people. Just that idea has made me want to see the film since I first read about it months and months ago. While we had a first trailer, Hulu has been kind enough to give us a new, red band look at the movie.

And it’s a pretty fun trailer, too. There seems to be a certain confidence on display, as no real acknowledgment seems to be given of how absurd the concept is. I like that, as it makes me think that the filmmakers, while aiming for humor, actually took the movie seriously. It looks fairly beautiful; like a real movie. You can watch it below, or over at Hulu:

Plot: RUBBER is the story of Robert, an inanimate tire that has been abandoned in the desert, and suddenly and inexplicably comes to life. As Robert roams the bleak landscape, he discovers that he possesses terrifying telepathic powers that give him the ability to destroy anything he wishes without having to move. At first content to prey on small desert creatures and various discarded objects, his attention soon turns to humans, especially a beautiful and mysterious woman who crosses his path. Leaving a swath of destruction across the desert landscape, Robert becomes a chaotic force to be reckoned with, and truly a movie villain for the ages. Directed by legendary electro musician Quentin Dupieux (Steak, Nonfilm), aka Mr. Oizo, RUBBER is a smart, funny and wholly original tribute to the cinematic concept of no reason.

Rubber is currently available through on demand, and will open in theaters on April 1st.