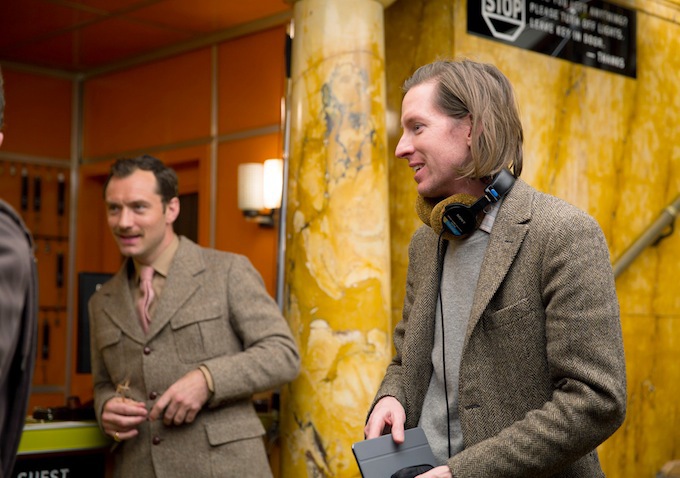 Ranking the Films of Wes Anderson: From ‘Bottle Rocket’ to ‘The Grand Budapest Hotel’ There are only two or three frequently provided answers to the question of Wes Anderson’s “best” film, the overlap herein less indicative of the oeuvre than the work’s uncommon ability to evolve (sometimes to the point of outright change) on subsequent viewings. Whereas the excellence of Rushmore is, to many eyes, evident on no more than a first pass, there are others which take a second, even third glance — so if you’re wondering why that 1998 classic isn’t even in the top three here, chalk it up to the effects of subsequent viewings.

But the biggest pleasure in compiling this list was having certified a long-suspected thought: he’s never made a bad film. Some click more elegantly and eloquently, yes, but their fabric is all so of a piece — not repeats or retreads — that my love of one can’t help but transform into, at the very least, moderate affection for another. The cohesion which can be seen between these various titles is relatively astonishing, and a larger view would, if nothing else, solidify Anderson as the most wholly consistent auteur working in American cinema today, up to and including this week’s much-ballyhooed release.

Check out our rundown below and for more on his latest work, read our feature on the films that influenced Anderson:

This is not necessarily Wes Anderson’s “worst” film — it’s one of the sturdier debuts of the ‘90s, plays loose without seeming inchoate, and functions well as an object that foretells what would come. A fine thing, yes, but it’s also the selection that feels the least anything about, however well this might speak to the film’s relatively even-keeled attitude.

Taken by many as the first stumble and, to this day, surrounded with the “overzealous failure” narrative (Anderson has expressed regrets about facets of the production), but a touching and playing-unique-without-enervating failure, in that case. Although its hermetic world — complete with Mark Mothersbaugh’s expectedly odd score and Eric Chase Anderson’s unexpected stop-motion sea creatures — would forbid widespread love, even the most deficient of its characteristics have magic to them: career-best work from Bill Murray, here striking the right balance between pathos and drollness; the David Bowie soundtrack, in spite of some too-cute covers it also makes way for; Anderson’s willingness to attempt an action scene, no matter the lack of complete coherence; or the final encounter with Zissou’s white whale — a moment so telling of its maker’s pathology that I’d present as little to someone who wishes to know what makes the man tick.

My full review of the film can be found here. Consider this placement, then take the last paragraph to heart.

Although the narrative surrounding Life Aquatic isn’t quite as charmed as most other selections herein, perceptions of The Darjeeling Limited are even less favorable — a storyteller-cum-aestheticist at their nadir, directionless at all points except when they aren’t spiraling, quickly, into their own asshole. But there’s true beauty at play, some of it obvious and some of it indefinable: the location work, most obviously, but I’m more smitten with how its take-things-as-they-come-even-when-you’re-shattered business involving three brothers (and the search for more family) work in tandem with this new setting to emotionally reconfigure what, to the director’s eyes, might otherwise prove a spot familiar. Retread? Hardly. Having felt Budapest suffers from some slight sense of gigantism, I’m inclined to think more films of this accord would serve Anderson well.

For as much as I think those who wish Wes Anderson would “just make another Rushmore” don’t understand the need for artists to expand (even as they tackle similar themes from picture to picture), I won’t be the one who argues against a widely accepted greatness. This quality lies less in its big moments — back-and-forth attempts at revenge, for one, or the “Making Time”-scored rundown of over-ambition — than those which sink into the memory like a deer tic: a lilting, slightly mysterious score (again from Mark Mothersbaugh); a visual palette and production design placed out of time; stories of deceased ones regaled to those incapable of understanding; or a final reconciliation predicated upon much of the same bullshit that led Max Fischer into trouble in the first place. Rushmore, a film of these beats, may not reach the heights of those it’s been placed below, but it need not aspire to that much — the film’s already carved out its own spot that need not be replicated.

I’ve never been able to pin down why this comes to mind so often, but bear with me, if (for whatever reason) you’re still reading: The Royal Tenenbaums is essential as both the pre- and post-9/11 film, these associations — which its co-writer and director couldn’t have predicted, unless we suddenly have many questions to ask on the next press tour — springing from its view of an alternately alive and weighed-by-time New York, regardless of how much of the film very decisively takes a ground-level perspective of its own metropolitan setting. From its view of a disillusioned people to the rainy-day soundtrack, Tenenbaums is a work so overwhelmingly sad from any moment to the next that I almost can’t bear to watch it in 2014; the thought of sitting through this at the time of its release, during America’s worst days, is almost unthinkable. This doesn’t explain why it takes the third spot — and above his most widely loved picture, no less — but perhaps the aversions I maintain toward a film about emotional disengagement can speak for themselves, in one way or another.

Not just the best animated feature released by a major studio (perhaps anyone?) within the past 20 years and not just a full-on corrective to an industry’s unceasing insistence on computer-generated effects, but, as I said in my review of The Grand Budapest Hotel, “the closest any American director has come to stylistic self-actualization this side of the 21st century.” Its formal tics and sense of humor are very, very deep trips into Anderson country, yet here does he feels more free than in almost any other feature — a clear reaction to the new space and its plethora of unique visual characters, surely, but also the exact sort of shake-off a slightly (slightly) stuck auteur could’ve used. A film that continues to feel incredibly, nearly inexplicably alive years on.

After seven features, Anderson found the ultimate nexus between mind and heart: the past, or some version of it that exists in the minds of two people who’ve looked back (individually? collectively? subconsciously?) on the few days in which their childhood ended, none-too-innocent lives passing through faux maturity before arriving at… something, a lack of any concrete answer to their own outcome so significant to this film’s power. It’s less the story of children escaping authority and, I’ve come to think, more a microcosm of the various stages which comprise (and conflate) emotional trauma and detrimental adulthood complacency; what that undercurrent might foretell for the two at this film’s heart has discomfited me for almost two years, marking Moonrise Kingdom as something of a necessary cinematic wound. (Which isn’t to say it isn’t Wes Anderson’s funniest film yet, either.) This only scratches the surface, but, as a contributor of ours has said, it might just be best to marvel at something perfect.