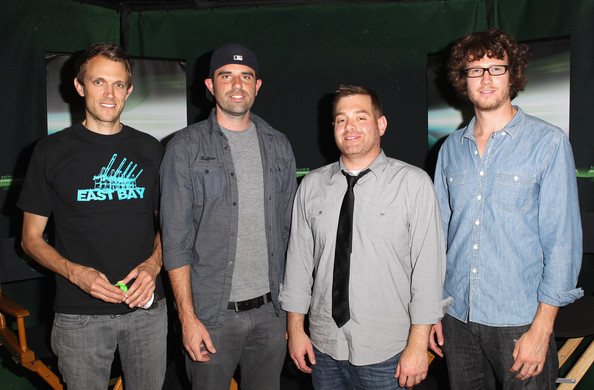 Having bit into the found footage game with V/H/S segment, directorial group Radio Silence — comprised of Matt Bettinelli-Olpin, Tyler Gillett, Justin Martinez, and Chad Villella — are going for the whole kit and caboodle next. (No Swanberg included.) Though without a title, THR inform us a script from Lindsay Devlin has been set up for production by Fox, with the team contracted to direct for producer John Davis.

Feeling that their horror film is not at all unlike a piece of radioactive material — Fox and Davis Entertainment want to “protect the idea from falling into the wrong hands” — the idea has a woman at its lead. (Yes, a woman! What will they even think of next.) The same article also claims Radio Silence will make a horror film (not designated as found footage) for producer Jason Blum, titled Reawakenings. Again, not much to hear about.

Hopefully, the quartet can transplant the vigor said to be in their V/H/S work, which we called “a fun way to go out” for the anthology picture. Not just an entire feature, but two entire features are a whole different game, so the challenge is evident.

What do you think of Radio Silence getting their own movies? Did you care for their prior work?