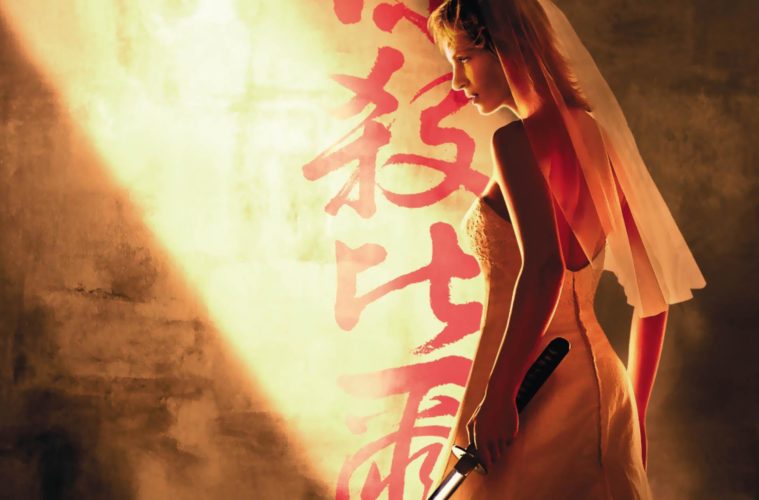 I’ve always kept it to myself, this deep, dark belief that Kill Bill: Vol. 3 just isn’t a very good idea. At this point, I’d trust Quentin Tarantino to do anything (“and when I say anything, I mean an. y. thin. g.“), yet there’s never been any real justification behind another story in the life of Beatrix Kiddo — which, if you’re a true fan, you only see as one large tale in the first place. Vivica A. Fox‘s daughter from the first movie goes after our hero and her daughter? Well… if you want to do that, okay…

If you’re uninitiated, here’s the quote on the matter that we’ve been reading for eight years:

“Oh yeah, initially I was thinking this would be my ‘Dollars Trilogy.’ I was going to do a new one every ten years. But I need at least fifteen years before I do this again. I’ve already got the whole mythology: Sofie Fatale will get all of Bill’s money. She’ll raise Nikki, who’ll take on The Bride. Nikki deserves her revenge every bit as much as The Bride deserved hers. I might even shoot a couple of scenes for it now so I can get the actresses while they’re this age.”

(There isn’t much else in the way of direct statements, save for the six-year-old intention to make two anime movies set in this universe. Knowing QT, going off a stated intention that’s this old is grasping at straws.)

Consider me of two minds, then, when Tarantino said, during yesterday’s Comic-Con panel for Django Unchained, that this reunion with Uma Thurman is still in the cards — it’s just “a work in progress” right now. But if his repeated, now-long-held intention of making that ten-year anniversary something special does hold up? The future results should be evident by now. [ThePlaylist] But some new light was shed on Django during, you know, its own panel, the most interesting of which I’ll get to in a second. (Cue the skipping of a paragraph.) First, though, this should be established: In the film, Jonah Hill will, as we’ve heard, not replace Sacha Baron Cohen, but actually portray a Regulator — imagine a group not unlike the KKK, only, before their actual emergence during Reconstruction — who acts in tandem with Don Johnson. Horrible as that may be, Tarantino calls it “one of the funniest things I’ve ever written.”

What should really spark some talk, however, is the filmmaker’s assertion that Jamie Foxx and Kerry Washington — the latter of whom is playing a character named Broomhilda von Shaft — will come to be the great, great, great grandparents of… Shaft. (“The ‘S’ is pronounced.”) We don’t know how (or why) this comes into the final film, nor if it actually does at all, but there you have it. BadassDigest also points out this weird little idea: Since the most recent Shaft, starring Samuel L. Jackson (look at that!), features Christian Bale, he’s technically now in the Tarantinoverse.

That, ladies and gentlemen, is the most interesting thing to emerge from Comic-Con this year.

Do you still (or did you ever) want to see Kill Bill: Vol. 3? What are your thoughts on Tarantino’s co-opting of Shaft?