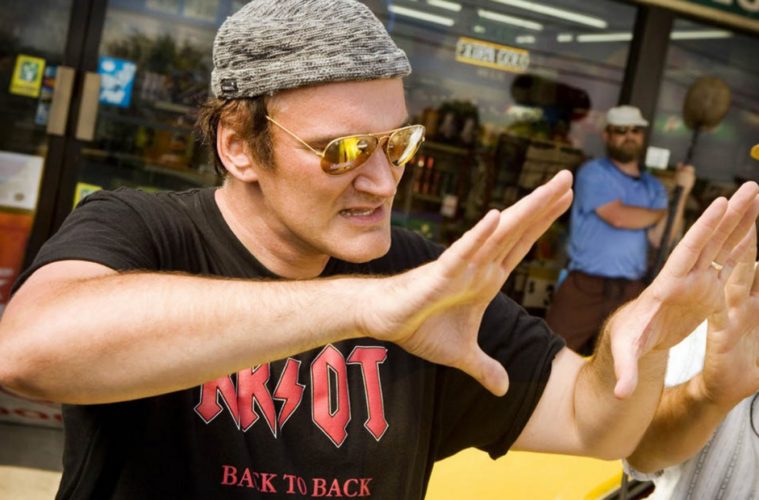 He’s taken us deep into criminal underworlds, went back to World War II and, most recently, to the plantations of the deep South. Now for a potential future project Quentin Tarantino might be heading to the future. While the big news out of last night’s Comic-Con panel for his Django Unchained/Zorro comic-book was that The Hateful Eight is back on and set to shoot early next year, the director also let slip a film that would see him jumping to a different genre.

When asked if he’d ever make a science-fiction film, he told the crowd, “There actually is an idea. It’s a little flower right now. It’s a little bean sprout, but those bean sprouts tend to turn into beanstalks. This would be the first time I wouldn’t say, ‘No, not really.’ This is the first time I’d say, ‘Maybe.” It wouldn’t be a spaceship-y type thing — traveling through space, going to other planets — it would be more of an Earth-bound sci-fi thing, but sci-fi nonetheless.”

After the relatively small-scale Hateful Eight, hopefully this is something Tarantino could take on next, but as it stands now, it seems like a distant project. The director also revealed the only way he’d take on something in an existing franchise. “A series that I would like to put a spin on is the Invasion of the Body Snatchers,” he told the crowd, per The Guardian. “I want to take it from the pod people’s perspective, so you’re actually rooting for the pod people. I don’t think they’re so bad.” As we wait and see if either of these projects take shape, check out a portion of his panel below, along with the trailer for the original Body Snatchers.

Would you like to see Tarantino take on sci-fi?