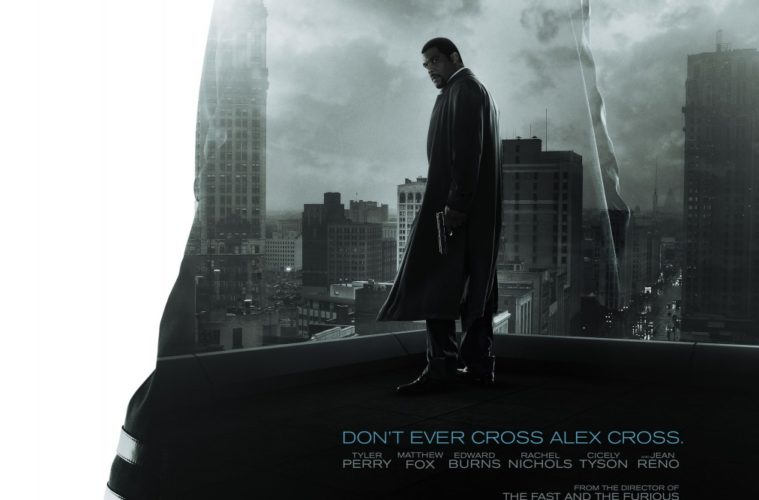 I know Tyler Perry is hardly a good sign when it comes to a film’s potential quality — I say this, in all honesty, as someone who’s never seen one of his writing-directing credits — but I still kind of want to see the results of Alex Cross. Maybe it’s the decent source material, or even the sight of a skeletal-yet-muscular Matthew Fox (okay, it’s that); either way, I’m not writing this one off just yet.

The first poster is basically what you’d expect — a sort of mutual foregrounding of the titular hero and his nemesis — expect for a terrible, terrible tagline that feels like it was conceived when a team only had 13 seconds left before sending the thing to Lionsgate. Yet, for whatever reason, I’m weirdly hopeful about a Rob Cohen-directed mystery. Help me.

Alex Cross hits on October 19th. The poster can be looked at below (via IMPAwards): Here’s something you probably haven’t heard: I was a little surprised by the trailer for Taken 2. This is a movie that doesn’t need to reinvent any wheels if it just wants to provide a basic, brutish satisfaction afforded in 2009’s surprise hit, but that first preview — trust me, I know how stupid this might sound in four months’ time — promised something that looks bigger, prettier, and even a little more (do I even say this?) interesting on a plotting level.

The poster for Taken 2, on the other hand, certainly takes a few cues — mainly, physical, framing, and lighting — from the original film’s one-sheet. (Text, sadly, is not really present.) My very mild expectations for Olivier Megaton‘s film aren’t affected in any real way by this small promotional item, but it’s nonetheless amusing to note where the marketing team seems to really be channeling their efforts; at least they’re putting it in the right spots.

Taken 2 will arrive on October 5th. See the poster below (via IMPAwards): Next up, Yahoo! have premiered two new posters for Jay Roach‘s The Campaign, either of which feature Will Ferrell and Zach Galifianakis in full-on character mode. While this is not more likely to appear in theaters than the more traditional one-sheet that hit a few weeks back, I’m much more in favor of these two (for lack of a better term) campaign-like previews. They even got a mild chuckle.

The Campaign gets sworn in on August 10th. Take a look at these two below: Finally, Fandango are giving us, the general public, a poster for Dax Shepard‘s Hit and Run. A preview made his second feature look like the kind of post-Tarantino junk that was supposed to have vanished from the marketplace when the 21st century started — so, no, this doesn’t go and change my outlook on the overall outing. A shame, too, since I like most of the cast — Bradley Cooper, Kristen Bell, Kristin Chenoweth, and, sure, Tom Arnold — and think the basic set-up could have made for something fun.

David Palmer has co-directed Hit and Run, which is scheduled to open on August 24th. Gander at the poster below: Which poster do you find the most striking? Are you planning on seeing any of these films?