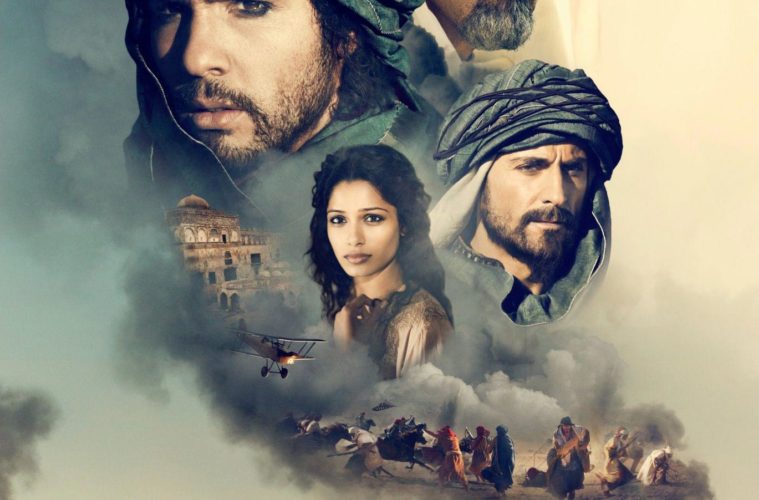 How is it that an ostensible action epic starring Antonio Banderas, Freida Pinto, and Mark Strong hasn’t been picked up for U.S. distribution yet? Warner Bros. has already put out Black Gold in France — and will soon do so in the U.K. — yet Jean-Jacques Annaud‘s film (which is also led by A Prophet‘s Tahar Rahim) is still waiting to hit American shores. Simply going by the trailer, I’d say that’s a real shame.

A new poster, which comes from FilmOFilia (via HeyUGuys), feels somewhat more mainstream than the initial preview, what with its carefully-positioned floating heads, fighting crowd, and flying plane. (In fact, the first thing that came to mind for yours truly was this poster for Tintin.) Not much else can really be said, so the main takeaway from this is a hope that a U.K. release of February 23rd means a U.S. one isn’t too far out of range; otherwise, it’s not a bad piece of marketing. Set in the 1930s Arab states at the dawn of the oil boom, the story centers on a young Arab prince torn between allegiance to his conservative father and modern, liberal father-in-law.

Are you fond of this poster? Do you hope to see Black Gold in the near future?