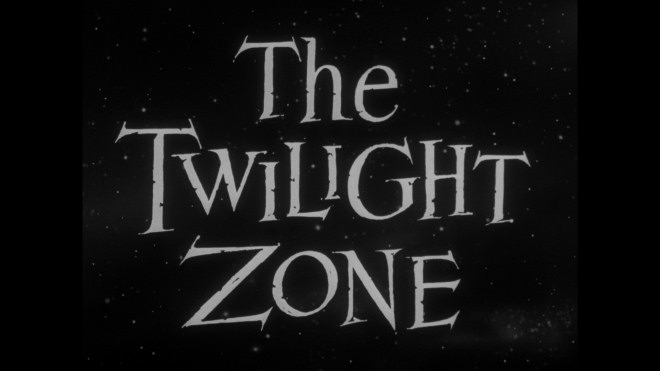 Remember The Twilight Zone? Not Rod Serling‘s TV series, of course — save for a few clunker episodes, that was wholly unforgettable — but the feature adaptation produced by Leonardo DiCaprio. If this (I think, still-developing) project has faded from memory, it might be on account of two things: a) Matt Reeves dropping out to helm Dawn of the Planet of the Apes, and b) the main players’ determination not to let even one detail hit the public eye. (The only news, up to now, was that it would “incorporate multiple themes [and] elements” from the show.) Secrecy on a project are one thing; when it’s a possible inactivity, most only feel slight acknowledgement.

Only with no one in the director’s chair are we finally told — at the bottom of a Vulture article, no less — just what The Twilight Zone is about. And, well?

Like many of the series’ greatest episodes, this DiCaprio-produced feature will use time-travel as its jumping-off point. The very Serling-esque plot follows a test pilot who breaks the speed of light — in less-scientific terms, that means he went really goddamn fast — and, upon landing, finds himself 96 years into the future or past. (They only say he finds himself “96 years late,” which indicates a time change that could go in either direction. Yes, I’m this much of a pedant in real life.) Remember the idea of a jumping-off point, though.

Also like many classic Twilight Zone episodes, the idea could splinter so many ways that its one-sentence logline — something which only leaves me wanting more, fittingly enough — may lead to a morality tale, a horror film, a weird romance (where the woman ends up being his great-grandmother), or even something comedic. Probably not the lattermost, though that would make me incredibly happy.

With so many people having had a pass at the screenplay, too — Jason Rothenberg and Rand Ravich wrote the first incarnation; that was subsequently rewritten by Anthony Peckham; about six months later, Joby Harold gave The Twilight Zone his own touch — I get the impression this one’s hard to pin down. A slight bummer, but, regardless, it’s good to be (even tangentially) reminded of the series’ own fantastic pilot, “Where Is Everybody?” While I was always sort of cold on this, I’m now left with a (perhaps overly-optimistic) hope that DiCaprio, his Appian Way people, and Warner Bros. can find some route in getting the thing back on track.

Does the first synopsis of The Twilight Zone give you any reason to hope for its completion?