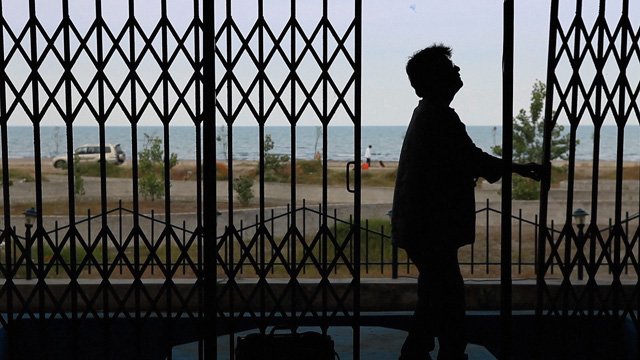 In a recent statement that continues to display their total lack of sense for any self-effacing behavior, Iran’s deputy culture minister of film, Javad Shamaqdari, expressed displeasure with Berlinale’s honoring of Jafar Panahi and his new feature, Closed Curtain. The filmmaker and his government have had a less-than-great relationship in the past — i.e., they treated his peaceful expression of free speech the way a petulant moron would take a differing opinion — so, if you’re familiar, there’s no surprise here. And while circumstances behind their interaction actually carries a tragic undercurrent, as shown in his own This Is Not a Film, reactions of the higher-ups are, in this instance, almost comical.

For the handing of a Best Screenplay honor to Panahi and his co-director, Kamboziya Partovi, it’s reported that Shamaqdari — presumably, without concurrent worries about his nation’s continued, barbaric-like treatment of women, not to mention those consistently failed attempts to build a nuclear bomb — is instigating protest against the festival. This is odd action to level toward an event which has already concluded, and one even stranger when the deputy expresses a belief “that the Berlin fest organizers should correct their behavior.” Where’s Kim Ki-duk when you need him?

But, hey, don’t worry: while their actions are actually illegal, the organization claim to have “shown patience” in the face of insolence. Problematic, however, when words like “patience” take on a special, almost contradictory meaning after being thrown around by a man who oversaw another person’s 20-year ban on filmmaking — but, alas.

While we need to ask questions about what happens to Panahi, Partovi, and anyone else involved in Closed Curtain — these are very serious, dangerous issues altogether — it’s in this instance where I feel safe laughing at the inanity of one nation’s treatment of its art and artists. That’s a comfort not to be taken for granted.

Here’s a synopsis of their work:

What do you make of the government’s reaction to Closed Curtain?