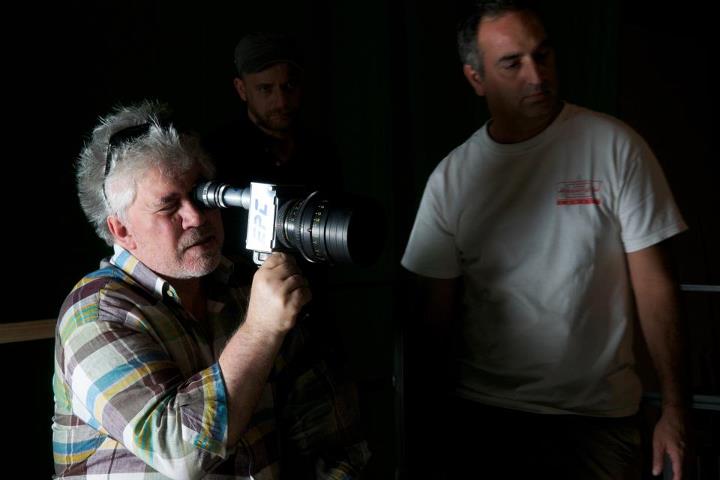 When it comes to the work of Pedro Almodovar, one never knows quite what to expect. After delivering the twisty thriller The Skin I Live In last year, his next project will see him in the screwball comedy arena with I’m So Excited. Over the summer we provided the first look at the film, which will likely debut at Cannes before a Sony Pictures Classics domestic release, and now we have a hint as what his follow-up may be.

While speaking at the London-based BAFTA for an annual David Lean Lecture, discussing his influences, Almodovar opened up about a potential project and Variety got the scoop. Citing his love for the 1950s sci-fi classic Invasion of the Body Snatchers, the director said,  “I am still young enough to make a science fiction movie. I have ideas for this genre. The way I would like to do it is present something impossible in a real, domestic way. One of the scripts on my desk is of that genre, so I hope to make that.”

As he didn’t give a timeframe, saying, “I live with my stories for many years. I write more like a novelist than a screenwriter,” perhaps we’ll have to wait a little longer for this one. Considering he delivered one of his best films last year, the helmer clearly still has a lot of life left in him and I’d greatly look forward to his take on a paranoia sci-fi film not unlike Body Snatchers.

What do you think about Almodovar heading into this genre?