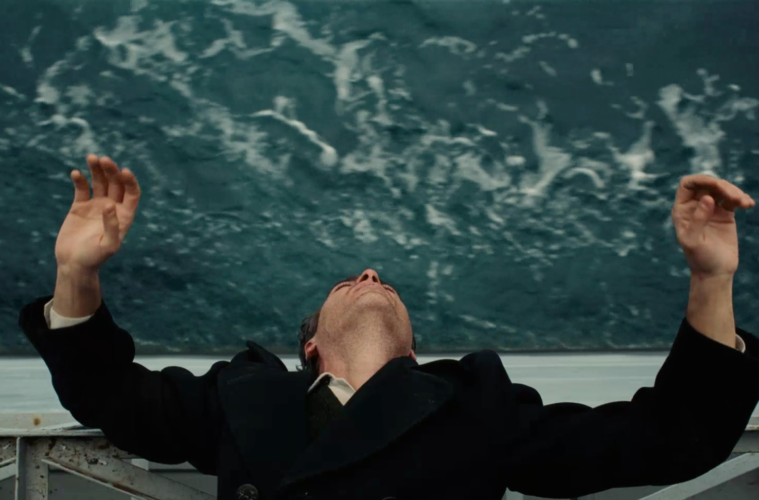 Paul Thomas Anderson’s ‘The Master’ Moves Up One Month; ‘Killing Them Softly’ Coming In October Most wonderful news of the day? Pardon any presumptions which may emanate from that sentence, but it’s hard to see anything else topping a story, from Variety, which claims that Paul Thomas Anderson‘s The Master — or, you know, “a million people’s most anticipated film of 2012” — will be pushed from its original date of October 12th to the oh-so-close September 14th. (And, while that opening will be in a limited capacity, expansions are set to commence the very next week. I’d guess New York and L.A. get the first round, followed by Chicago on the 21st, and so on.) Commence extra, potentially unhealthy levels of excitement: now.

That’s not all, however, as The Weinstein Company also made some big movement on their Brad Pitt-starrer, Killing Them Softly. With its original opening, September 21st, being pushed out of the picture by a distraught Joaquin Phoenix, we can now expect to see the film on October 19th. That wide release will pit it against Alex Cross and Paranormal Activity 4, but any good filmgoer knows to choose Andrew Dominik over those two. Right?

For one thing, this likely means TWC have also been shaping up a trailer; given that there’s only been one clip thus far, our collective hopes for that very item can soon be satiated. There’s also, I think, the very distinct possibility this push has been made on account of Killing‘s political undertones — or overtones, as our review alleges — though the reasons behind this aren’t clear. (If any exist at all.) I’d hope no one casts their ballot because of a crime film, but it should still get people talking.

How ecstatic are you to hear about this switch for The Master? Is this a smart move for Killing Them Softly?