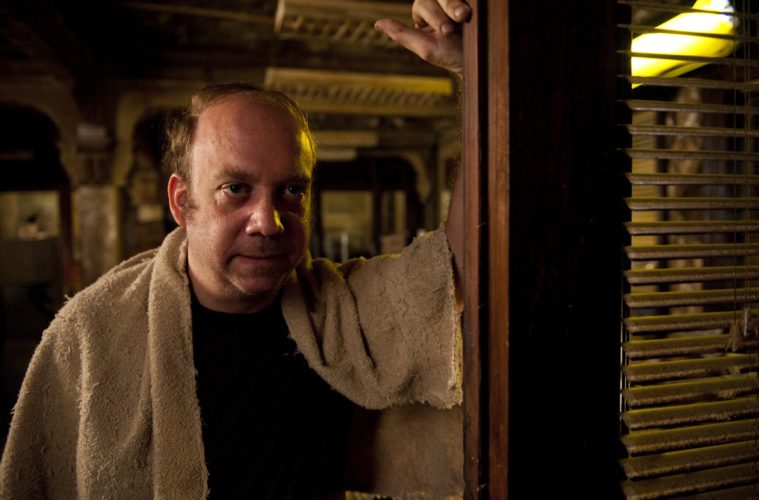 Because Jamie Foxx as an electricity-spewing villain wasn’t considered quite enough, The Amazing Spider-Man 2 stands to offer Paul Giamatti as a giant Russian man wearing a rhinoceros-like horn on his head. No, Marc Webb hasn’t been given permission to make this sequel some superhero-tinged piece of outsider art, either — a few comic characters are just really off the map.

THR have been told the actor is close to joining the big-time sequel as none other than semi-obscure villain The Rhino. Not the mix of actor and part (or just selection of part) that would come to mind for this writer, but he’s also close to playing, in human terms, Aleksei Sytsevich, a Russian man given the strength of super-speed and, yes, this bears repeating, a sharp horn on top of his head. Silly, but there’s only one really interesting thing to consider, character-wise: while originally a villain in the Spider-Man comics, it’s said that he has a more congenial (as far as that can go in this universe) relationship with the webbed hero nowadays. So, I don’t know, maybe this is a team-up instead of a show-down.

Giamatti isn’t the only too-talented-for-all-this performer being roped in, since Felicity Jones (Like Crazy) is, too, being courted to take a part that’s unnamed — but sure to have appeared in some ’60s Amazing Spider-Man comic nevertheless. More and more, and as further sparked today, it’s so very odd to see this kind of attention paid to The Amazing Spider-Man 2; although I thought last summer’s reboot was a serviceable, often above-the-line piece of popcorn entertainment, what is it that so strongly attracts Foxx, Dane DeHaan, and Shailene Woodley? It’s not like Marvel pay their actors a lot, after all.

Here’s a really fun bonus: If you want to hear Giamatti talk about The Rhino from almost two years ago, we have something for you. (Now I can’t wait for the scene where he robs a bank by running at the vault “real fast.”) Watch below:

Is this casting a surprise? Does talent seem wasted doing this?