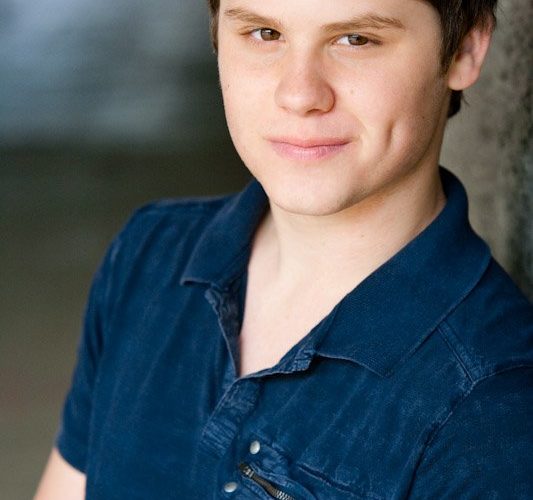 Rare is the instance in which I’d place Paranormal Activity 4 above (three out of four) of these other films, but… that’s just how it’s going to shake out today. One of the first new casting bits on a film hitting in less than four months has arrived from BloodyDisgusting, who report that a mostly unknown youngster, Matt Shively (Nickelodeon’s True Jackson, VP), will star as Alex. How will this new member fit into the series’ expanding, increasingly strange and fascinating mythology? All will be revealed on October 19th, 2012.

Henry Joost and Ariel Schulman will return from the third film, as will Katie Featherston and Sprague Grayden.

Now, on to the really big stuff: The Wolf of Wall Street took a nice weekend off, but it’s right back into the name game for Martin Scorsese‘s next. Deadline have learned that Kenneth Choi (Captain America, Sons of Anarchy) will play the “pal and finance industry co-worker” of Leonardo DiCaprio‘s character, Jordan Belfort. Probably not a big (or, for that matter, “standout”) kind of role, but I doubt he’d complain about some minor work in a film of this caliber.

As you no doubt know, Jonah Hill, Jean Dujardin, Kyle Chandler, Cristin Milioti, Margot Robbie, Jon Bernthal, and Rob Reiner also star in The Wolf of Wall Street, which has been scripted by Terrence Winter. Shooting is expected to kick off in August.

That same story also claims that Steve McQueen‘s Twelve Years a Slave — which added Michael K. Williams just this past weekend — will now feature Chris Chalk (The Newsroom, Homeland) as Clemens Ray, a slave who, like Solomon Northup (Chiwetel Ejiofor), was kidnapped and sold into slavery. Again: Even if it’s probably nothing too major in the (hopefully) grand scheme of things, I’d be very happy if I was this fellow.

The minor casting continues with Matthew Weiner‘s You Are Here, a dramedy centered on “a weatherman (Owen Wilson) who is dependent on a best friend (Zach Galifianakis) for his good times,” but must “get his own life in order” after the latter finds riches with his father’s passing. Coming on board to join those two, Amy Poehler, Laura Ramsey, and Melissa Rauch is Alana de la Garza (Law & Order) in an undisclosed part.

Finally, Samuel Larsen (Glee) is next up for Claire’s Cambodia, a Billy Ray-produced dramedy that Stacy Sherman will helm. Last we heard — and I suspect this hasn’t changed since — her debut feature revolves around “three sisters whose estrangement, resentment and envy of one another is barely dented by the news that their father is terminally ill.”

Do these various, differing projects appear to be in good shape?