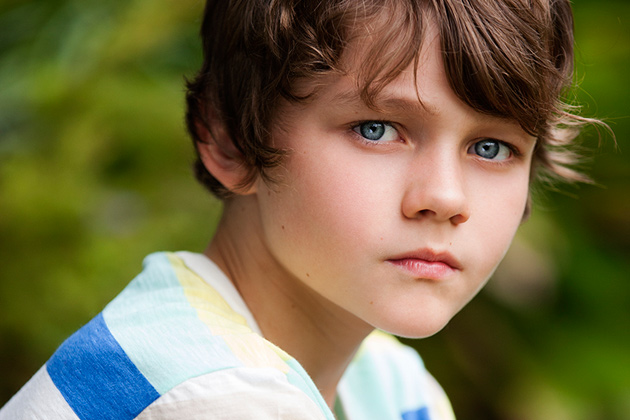 Having found its Hook, Blackbeard, and Tiger Lily, it was only a matter of days before Joe Wright‘s Pan found… well, Pan, a casting search that’s presumably been underway since the ball really started rolling. Now, a big stop along the way to release: Variety report that Levi Miller (The Spectacular Now) will be next to inhabit an onscreen incarnation of J.M. Barrie‘s iconic hero — but not, despite this, a figure anyone is necessarily used to. Jason Fuchs‘s screenplay concerns “an orphan who is kidnapped by pirates and brought to Neverland, where he discovers he’s destined to save the land from the pirate Blackbeard,” this orphan playing as “a very different title character than previously imagined.” In a rather unexpected casting development, TheWrap have learned that Tilda Swinton, Ezra Miller, Barkhad Abdi (Captain Phillips), Mike Birbiglia, and WWE star John Cena will participate in the next directorial effort from Judd Apatow: Trainwreck, in which comedienne Amy Schumer (here also screenwriter) plays “a basket case who tries to rebuild her life, but still to be found are her boyfriend, a best friend / co-worker and a parent.” In either assisting or hurting her recovery, The Grand Budapest Hotel‘s own Madame D. is to portray her boss — thus placing the actress in a fine cast which already includes Bill Hader, Brie Larson, and Colin Quinn. Details on other participants remain undisclosed.

Trainwreck arrives on July 24, 2015. In the meantime, here’s a Swinton-centered clip reel compiled by MoMA, in case you briefly forgot how wonderful her screen presence is:

More comedy news, this time from Deadline, the outlet telling us Will Ferrell and Kevin Hart have found a co-star in Alison Brie, who’s set to star in their WB-backed comedy, Get Hard. Etan Cohen (Men in Black III, Idiocracy) is writing and directing with a script centered on “a wealthy investment banker wrongly convicted of a crime, who toughens up for prison under the wing of the guy who washes his car (Hart).” Because of backing duties under his own Gary Sanchez Productions, the senior of these two leads will have Brie play his fiancée.

Are you compelled by any of these casting decisions? Which project seems most promising?