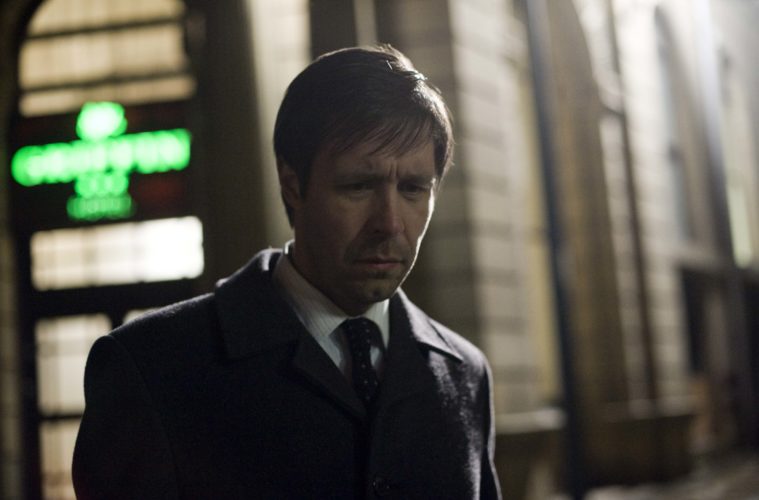 Paddy Considine is kind of impossible to not love. The guy stars in some great stuff, such as Hot Fuzz, Red Riding 1980 and, apparently, Submarine. His screen presence is undeniable, and continues to make a name for himself by showing up in films both big and small. He’s also getting his feet wet in the writing and directing department, with his drama Tyrannosaur getting strong reviews at Sundance. And now an interview with IndieWIRE (via /Film) reveals that one of the movies we can expect to see from him next is a ghost story, called The Leaning.

He described it himself as being “about secrets and legacies and how the dead come to terms with their sins.” TotalFilm also caught up with him, where he revealed some more information about the project. One of his big reference points is said to be The Exorcist, and that it centers around a “young woman haunted by a childhood trauma who in adult life struggles to form meaningful relationships”, and he said that whenever she gets close to somebody, “she feels this presence.” Not much else has been said regarding the movie, although he hinted that his Tyrannosaur star Olivia Coleman could have a part in the film. Sadly, the size of the role wasn’t discussed.

I’m a fan of when actors, such as James Franco or Ben Affleck, decide to stretch out to the filmmaking front, because they’ve often had the experience of working with great directors and screenwriters at their disposal, and, of course, have an insight into the actor’s process. And having said that, I’m naturally looking forward to seeing what Considine he does here. His new film Tyrannosaur is only his feature length debut (being based off his short Dog Altogether), and that’s already been showered with praise. Here’s hoping that he continues this streak with The Leaning.

What do you think of Considine taking on a ghost story? Are you a fan of his acting work?