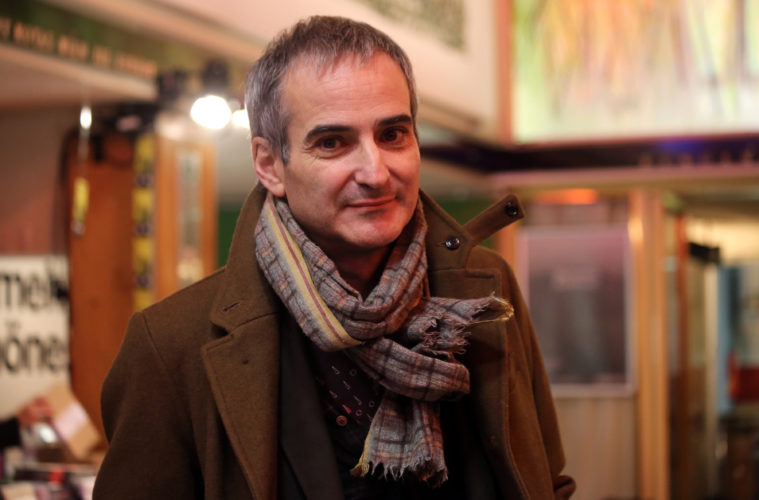 Olivier Assayas Will Head to America for Action-Packed Mob Thriller We want our best and brightest to take their time. If this requires more than a few years between features — as this year’s Cannes lineup would exhibit a few times over — so be it; two outstanding films per decade is better than four pretty good ones, right? Despite all that, it’s a real pleasure to see Olivier Assayas — one of those aforementioned best and brightest, I think you’ll agree — move at a quick pace the past few months, jumping from his excellent Something in the Air to a Juliette Binoche–starrer to, further down the line, something of its own distinct flavor.

Announced at Cannes, the title is Hubris, pegged by outlets (such as Variety) to be “an action-packed crime thriller set against the backdrop of organized crime in Chicago in the 1970s.” (Not exactly Sentimental Destinies we’re talking about here.) Taking from the work of journalist Hillel Levin, Assayas is scripting this true-to-life account of Chicago thief John Mendell, who found himself in hot water after his group had inadvertently stolen from the city’s legendary Tony Accardo; action-packed crime and thrills follow.

Although I could’ve sworn that segments of Demonlover were shot domestically, Variety claim that Hubris will, in fact, mark Assayas‘ first time working in the United States — when he starts around the middle of next year, that is. Before then, he’ll be busy shooting and editing the Binoche picture, Sils Maria, which IFC have already taken in for a domestic release (presumably) around the end of 2014. Two movies in two years — or three in three, if you want to be technical — is a beautiful thing indeed.

CG Cinema, Film 360, Bluegrass Films, and EMJAG Productions have signed to produce; Orange Studios are developing and will help finance.

Do you see how Assayas could successfully capture ’70s Chicago?