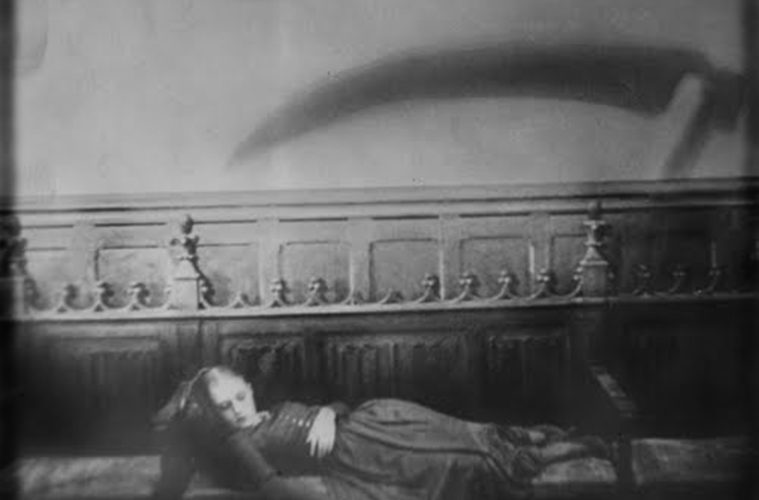 Celebrate the von Sternberg–Dietrich pairing with “Blonde Venus,” which brings 35mm showings of Morocco, Shanghai Express, and The Blue Angel.

A print of Chaplin‘s first feature, The Kid, is screening on Sunday. The Joyless Street, from G.W. Pabst, will start a new weekend of “Vienna Unveiled: A City in Cinema,” which continues with Wohin und zurück: Welcome in Vienna, The Uppercrust, The Robber, and Scorpio.

Meanwhile, “The Aesthetics of Shadow, Part 2: Europe and America” brings Dreyer‘s Vampyr, Flesh and the Devil, Sunrise: A Song of Two Humans, and another showing of von Sternberg‘s The Blue Angel,

“Tout Truffaut” offers three of the director’s best films over a three-day stretch, starting with The Bride Wore Black on Friday (4/4), continuing with Stolen Kisses on Saturday (4/5), and ending with Mississippi Mermaid this Sunday (4/6). The Shining, Body Double, The Silence of the Lambs, and Wild Things are their late-night offerings for this weekend.

A Fish Called Wanda can be seen, on 35mm, early in the day.

A League of Their Own and Masters of the Universe are the latest brunch screenings.

Scarface and Evil Come, Evil Go play at midnight for Friday and Saturday (4/4, 4/5).