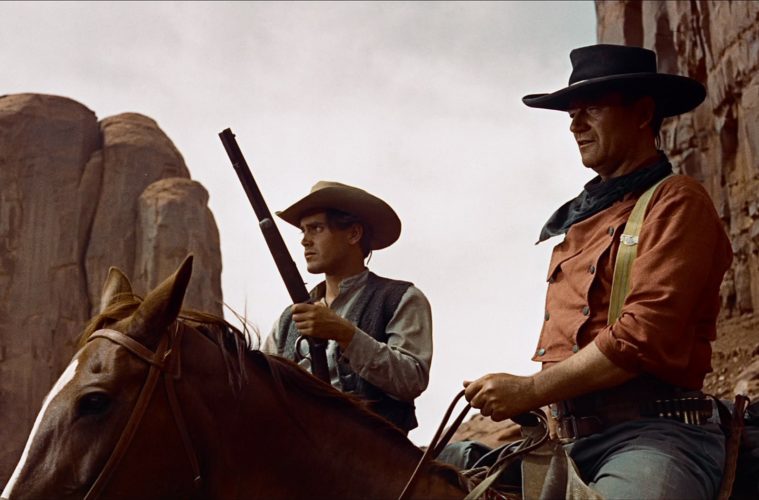 “Star Presence on Screen” offers one of the better weekends in recent memory. Josef von Sternberg‘s Blonde Venus starts off Saturday, playing with Dreyer‘s Day of Wrath and Ford‘s The Searchers. The screenings for Sunday are Au Hasard Balthazar, The King of Comedy, and Masculine Feminine.

Chuck Jones cartoons screen on 35mm this Saturday and Sunday.

On Saturday, the Muppets Take Manhattan. Under “Summer of Surrealism,” a print of Dead Man plays Friday and Saturday at midnight. On the same nights and times, “Burn N’ Rubber” brings The Road Warrior.

That latter label brings The Driver on Saturday and Sunday afternoon.

From Russia with Love screens outdoors, on Sunday at sunset, with 50 Kent serving as the central location. “Femmes Noirs” double features, on Friday bringing Murder, My Sweet and The Maltese Falcon. Saturday offers Kiss Me Deadly and Kubrick‘s The Killing, while Sunday hosts Gun Crazy and Detour.

A treasure trove plays under “Lady in the Dark: Crime Films from Columbia Pictures, 1932–1957.” Back to the Future Part II and Raiders of the Lost Ark have midnight engagements.

A print of Stan Winston‘s Pumpkinhead plays near midnight all weekend.

Space Jam on 35mm, just as you’ve always wanted to see it.