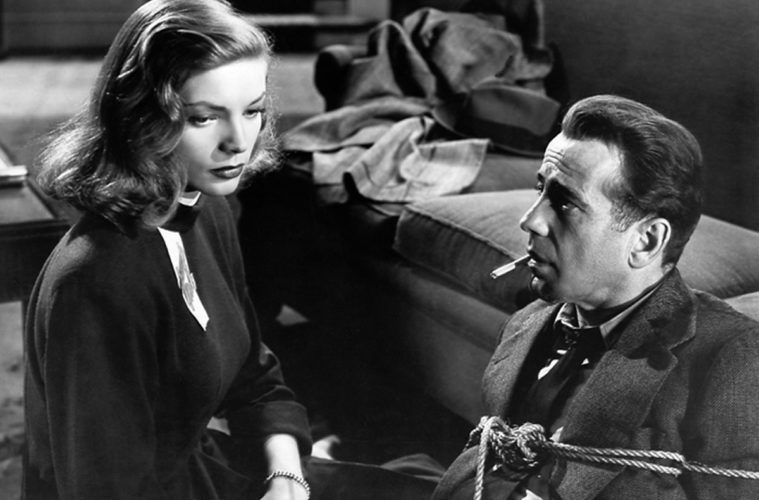 This Friday and Saturday, a 35mm double-feature of The Big Sleep (release version) and The Blue Dahlia kicks off “Chandler, Hammett, Woolrich & Cain.” The pre-release version of Hawks‘ film screens on Saturday. This Sunday, a pairing of Double Indemnity and The Postman Always Rings Twice (on film) can be seen.

The Passionate Thief continues its run.

Bringing Up Baby comes this Sunday. Thanks to “Screenwriters and the Blacklist,” one can see titles such as Time Without Pity and Buñuel‘s Robinson Crusoe.

Bill Plympton‘s Cheatin’ debuts on Friday under the “See It Big! Animation” banner. Says their site: “Everyone in attendance will receive an original caricature of themselves drawn by Plympton!” A Town Called Panic comes on Saturday, albeit without complementary stop-motion models of audience members. Scanners is on 35mm at midnight, Friday and Saturday.

Sturges‘ The Miracle of Morgan’s Creek plays before throughout this weekend.

A print of Silent Night, Bloody Night plays as part of “Xmas Chopping” this Friday and Saturday at midnight.

Another Saturday midnight show is the bizarre-sounding documentary entitled The Search for Weng Weng.