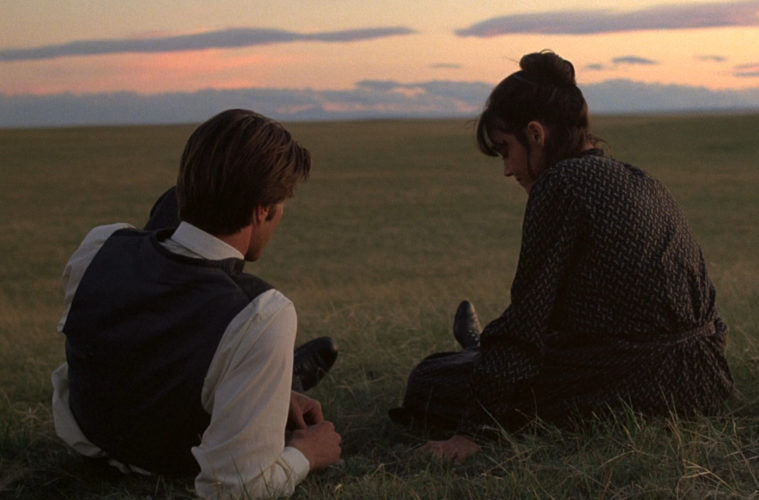 Essentially winning the weekend is BAM, who dedicate Sunday (4/28) to what is, now, essentially the middle period of Terrence Malick’s career. Days of Heaven starts the event, which continues with The Thin Red Line, then finds its conclusion in The New World. These three titles screen on 35mm.

As a tie-in (of sorts) to Criterion’s recently released box set, Pierre Étaix gets a small tribute with Film Forum’s “Etaix Redux.” Screening on Friday (4/26) and Saturday (4/27) is his debut feature, The Suitor, while this Sunday (4/28) brings Yo Yo. Both are on 35mm.

Continuing its own 35mm appearance is Jean-Pierre Melville’s Un Flic, which is sure to be no less fantastic in its second week of engagement. Tickets are available to purchase.

Making its way to the theater is Safety Last!, Harold Lloyd’s classic silent comedy of metropolitan entropy. Admission can be found here.

Meanwhile, those who enjoy good things may also wish to check out the Marx Brothers’ A Night at the Opera this Sunday at 11 A.M.

“The Weimar Touch” runs on, over the next few days bringing titles from Tourneur, Welles, Ophüls, a movie called Casablanca, and other pictures awaiting discovery. Go.

When the clock strikes midnight on Friday (4/26) and Saturday (4/27) (or… one day later than either), try giving David Lynch’s Dune — screening on a print — another shot. The spice, etc.

Because you probably didn’t see it last week, Paul Verhoeven’s Showgirls returns, playing around the same time as Dune and, as a result, creating some sort of bizarre auteurist Sophie’s choice. Have a look for yourself.

“The Middle Ages on Film” presents the rare Saladin and Andrei Tarkovsky’s less-rare, still-exemplary Andrei Rublev on Friday (4/26) and Saturday (4/27), respectively. Tickets are only available to buy at the door, but you can still glance over details. Guess what appears late at night these next few days. No! Guess!

A couple of new pictures will crop up, however. Monty Python and the Holy Grail begins screening a little after midnight on Friday (4/26) and Saturday (4/27), the further details of which can be obtained by giving this a click. On a similar note, playing at 11 A.M. throughout the weekend is Mel Brooks’ classic, The Producers, on 35mm.

Alfred Hitchcock’s Vertigo — recently named by Sight & Sound as The Best Film of All Time™ — comes Friday night (4/26) to the lower west side venue. This, as you may have heard, is a very good film, so a visit might be worth your time.

Following a preview screening of his rather strong Something in the Air, Olivier Assayas’ 1994 feature, Cold Water — a hard-to-find and equally worthwhile title — plays Saturday night (4/27) on 35mm. Admission can be acquired here.

One of Hollywood’s most beloved musicals, West Side Story, finds itself in Astoria on Saturday night (4/27) and Sunday afternoon (4/28). A ticket purchase to the museum allows attendance, and is granted on a first-come, first-served basis. Find out more about the presentation by visiting their site.

Keeping their Audrey Hepburn streak alive, Lincoln Center bring William Wyler’s Roman Holiday on Saturday (4/27) and Sunday (4/28) afternoon. A boarding pass (oy, that not-even-half-hearted attempt at a pun) is up for grabs.