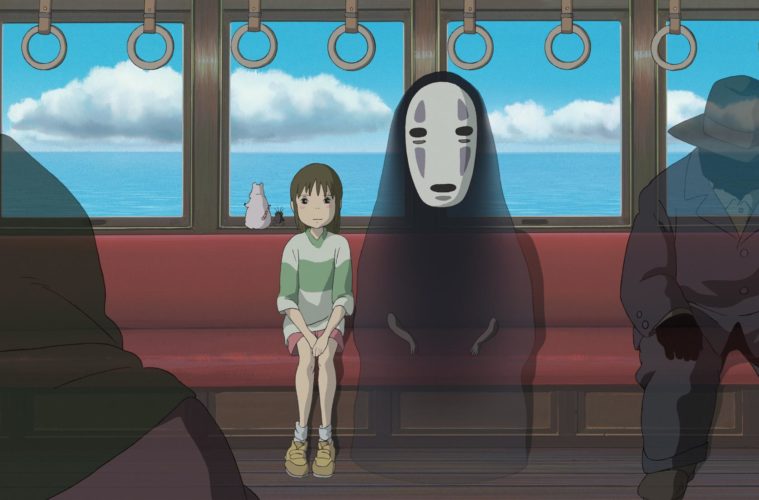 Still going strong is 2001: A Space Odyssey, which moves up to roughly a half-hour before midnight on Friday (4/12) and Saturday (4/13). Still on their Kubrick slate, too, is The Shining, which will be making a couple of late-night appearances the entire weekend.

Further thrills can be found with Clint Eastwood’s directorial debut, Play Misty for Me, arriving at midnight this Friday and Saturday. Have a look at the details here.

Booking 11 A.M. showings this entire weekend, and on 35mm, is a classic John Ford western, The Man Who Shot Liberty Valance. Tickets can be bought at the link.

Another print will come to the IFC Center, albeit for a very different film: Beverly Hills Cop, screening a little past midnight on Friday and Saturday. Unless you get a banana stuck in your internet modem, admission is available for purchase.

Having one of their best repertory weekends in recent memory, the Museum of Modern Art will hold a run, “The Weimar Touch,” that offers a chance to see multiple classics on 35mm. Some highlights for Friday (4/12) include The Golem and Fritz Lang’s Fury, while Saturday (4/13) and Sunday (4/14) makes way for Max Ophüls’ The Trouble with Money.
Also of note is the acclaimed Todd Haynes picture, Safe, playing this Sunday.

The theater’s “Miyazaki” lineup concludes this weekend with four titles. On Friday (4/12), Porco Rosso has multiple screenings; Saturday (4/13) brings Kiki’s Delivery Service and Howl’s Moving Castle; to close it out on Sunday (4/14), Hayao Miyazaki’s most-beloved work, Spirited Away. All are on 35mm. Samuel Fuller and Frank Tashlin make appearances over the next few days, with the former’s House of Bamboo holding late shows and the latter’s Will Success Spoil Rock Hunter? running all day.

Coming Sunday (4/14) at 11 A.M. is the Errol Flynn-starring Robin Hood, shown in a new Technicolor restoration. Tickets are still available.

Celebrating a generally unheralded auteur of international cinema, the series “Brazilian Saga: Carlos Diegues’ Cinematic Adventures” brings to light work “which made film an integral part of the cultural and sociopolitical struggles facing Brazil in the 1960s.” A list of films (including links for admission) can be found here.

In 35mm this Friday (4/12) and Saturday (4/13) at midnight is the ‘70s horror picture Burnt Offerings, which Nitehawk present as part of their series “The Works: Karen Black.” Tickets can be purchased at their site.

Making an appearance on those same nights and at (roughly) those same times is an ocean-centered documentary, Inner Space, the first offering in “April Midnites: 420.” Accompanied by a live score from Morricone Youth, it should be an experience unto itself.

Continuing the series “April Brunch: Play Ball!” is Penny Marshall’s A League of Their Own. It’s expected to show around Saturday and Sunday (4/14) afternoon, complete with some food to top off the experience.

Coming Saturday and Sunday afternoon is A Skin Too Few: The Days of Nick Drake, a documentary focused on the eponymous singer-songwriter. It will be shown on 35mm, and marks the commencement of a new line, “Music Driven.”

Buster Keaton’s seminal silent film The General — recently voted one of the 50 greatest films of all time by Sight & Sound — comes to Astoria on Sunday. Along with a print, attendees will be treated to a live musical performance from Viola Dana. Details are available to peruse.

Admission is granted with a purchase to the museum, and seating is available on a first-come, first-served basis.

A rarely seen, made-by-unknowns movie called Reservoir Dogs screens Friday (4/12) and Saturday (4/13) at midnight. I could comment on if this is actually any good or not, but any information regarding such a question is not present. Maybe find out for yourself?