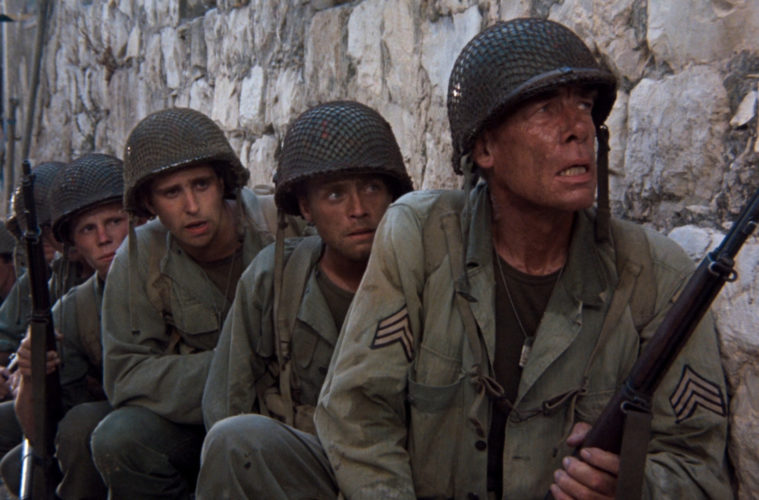 “A Fuller Life” celebrates one of American cinema’s great madmen; “The Great War: A Cinematic Legacy” explores one of the 20th century’s worst conflicts. Both are essential. With his acclaimed What Now? Remind Me arriving at their doors, Lincoln Center are hosting the Joaquim Pinto retrospective “A Life Less Ordinary.” His feature debut, Tall Stories, plays this Friday and Sunday; Where the Sun Beats, Twin Flames, and The New Testament of Jesus Christ According to John are on tap for a Saturday triple feature. All are on 35mm.

To trace his influences, prints of Manoel de Oliveira‘s The Cannibals and Raul Ruiz‘s City of Pirates are scheduled for appearances.

A print of The Night Porter plays late this Friday night. Buñuel’s final picture, That Obscure Object of Desire, plays this Friday, while Saturday brings Discreet Charm and Sunday offers The Phantom of Liberty. All are on 35mm.

Once again, “If You Meet Klaus Kinski, Pray for Your Death.”

Leos Carax‘s great feature debut, Boy Meets Girl, has been newly restored and will screen throughout the next week.

A restoration of Double Indemnity continues its run. From Dusk Till Dawn, under “Bite This,” and Enter the Dragon, under “Live Sound Cinema” and with a score by Morricone Youth, play at midnight on Friday and Saturday.

Invasion of the Body Snatchers screens on 35mm this Saturday and Sunday afternoon, courtesy of their “A Reasonable Length” series. Brunch will be included.

An avant-garde series is offered this Sunday.

Dog Day Afternoon has pre-noon and midnight showings, either of which offer complementary screenings of The Dog, a documentary chronicling the story that inspired Lumet‘s picture.