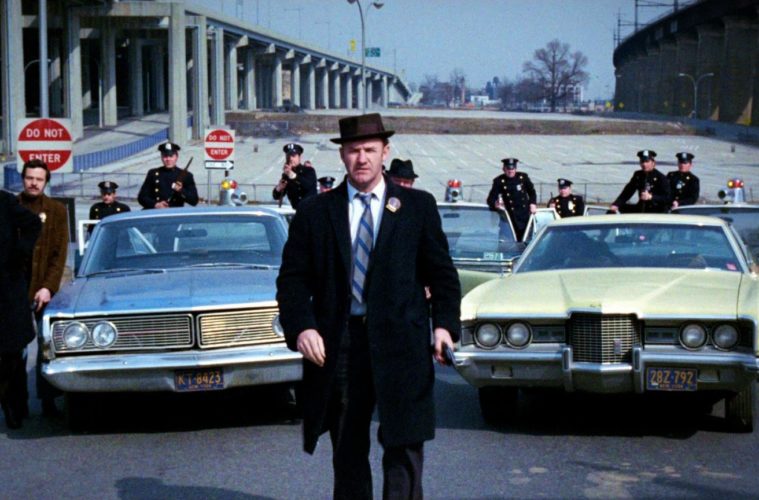 One of the most purely pleasurable lineups ever to grace this series begins tomorrow, when Astoria celebrates the rock picture in “Play This Movie Loud!” Richard Lester’s incredible Beatles-starrer, Help!, commences the proceedings on Saturday (5/4); the hard-to-beat double feature for Sunday (5/5) highlights the work of D.A. Pennebaker via Dont Look Back & Ziggy Stardust and the Spiders from Mars. Titles of the English persuasion screen on 35mm.

You can read about the series here, and will be able to access screenings with admission to the museum on a first-come, first-served basis.

This Brooklyn Institution have an excellent series on tap: “Friedkin ‘70s,” an exploration and celebration of William Friedkin’s daring filmography at the peak of its powers. Friday (5/3) brings a dynamic double feature in The Boys in the Band and Cruising; on Saturday (5/4), Popeye Doyle is back on the big screen when The French Connection has its turn; closing out the weekend is an appropriate Sunday (5/5) presentation of The Exorcist. The first two pictures screen on 35mm.

“The Weimar Touch” goes on, this Friday (5/3) and Saturday (5/4) makes way for Alfred Hitchcock’s I Confess; that latter date also brings around The Night of the Hunter. Continuing into Sunday (5/5), we have Billy Wilder’s Some Like it Hot. Sample the screening details at their site.

Often hailed as one of the greatest films ever made, Roberto Rossellini’s Voyage to Italy pops up at Film Forum this entire weekend, thanks to a newly constructed digital remastering. Tickets can be purchased right now.

Charlie Chaplin’s The Kid plays on 35mm early this Sunday (5/5), along with a Little Rascals short. Have a look at the information for yourself. Now in all its sickening glory on 35mm, David Cronenberg’s The Fly has midnight engagements this coming Friday (5/3) and Saturday (5/4). Step into the pod.

Making a rare celluloid appearance is Mel Brooks’ Life Stinks, which comes around Saturday and Sunday (5/5) at 11 A.M. So long as you’re not homeless, details can be perused for yourself.

Following up last week’s presentation of The Holy Grail, Monty Python’s The Meaning of Life plays a little past midnight on Friday (5/3) and Saturday.

These are still here.

Five Easy Pieces, featuring what might be Jack Nicholson’s finest performance, has midnight shows Friday (5/3) and Saturday (5/4). Tickets are up for sale.

The very, very different Cannibal Ferox also appears those nights and times, doing so as one of the appetizing “Nitehawk Nasties.” For Italian exploitation fun in 35mm, give this a consideration.

John Ford’s The Searchers (which you’ve heard one or two nice things about) comes Saturday and Sunday (5/5) just a little before noon, complete with brunch and a live musical performance beforehand. A bit hard to complain about, really.

The pleasant series “May Brunch: Movies About Movies” kicks off via Tim Burton’s best film, Ed Wood, playing on a print the same day and time as Ford‘s picture. Click here for more information.

It’s adults-only for Valley of the Dolls, understandably appearing at midnight this Friday (5/3) and Saturday (5/4).

The Room shows up, once more, this time on Saturday. It will only stop once you see the thing for yourself.