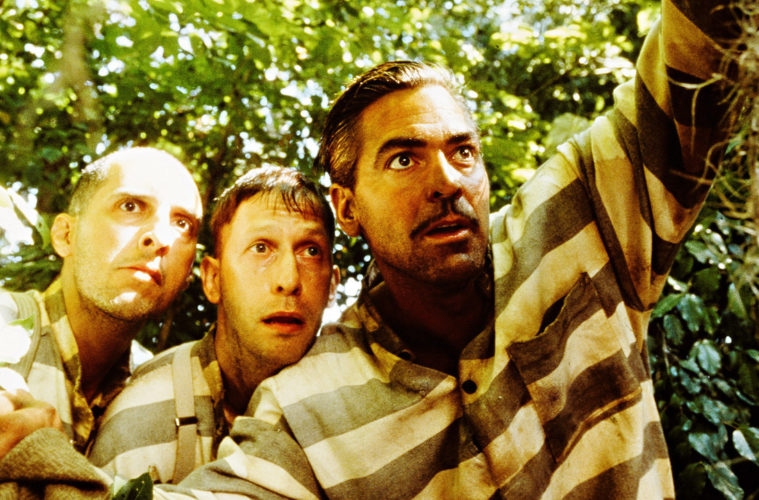 One of MoMA’s most respected members receives a wonderful tribute series, “In Memoriam: Celeste Bartos (1913–2013).” Playing in her honor are The Adventures of Robin Hood, King Kong, Bringing Up Baby, Citizen Kane, Mr. Blandings Builds His Dream House, and Jezebel. This could very well be your finest repertory option for the weekend.

Joel and Ethan Coen‘s O Brother, Where Art Thou? plays Saturday (6/1) and Sunday (6/2) morning on 35mm, as part of the series “Country Brunchin’.” A great film, food, and live music beforehand is, most will agree, all a good way to start the day.

Your other brunch option — this being an installment in “June Brunch: Perfect Parodies” — would be Christopher Guest‘s Best in Show. Hopefully your meal does not tie too directly to the film’s subject.

Also on film those same nights and times is the anthology Family Portraits: A Trilogy of America, which does not sound nearly as entertaining as the three other options. Given its status as a rarer item, though, it should be worth checking out. With all the Jodorowsky hoopla that’s been going around these past couple of weeks, it’s only right that one of his early classics would get some theatrical love. The quintessential midnight movie, El Topo, is playing just then on Friday (5/31) and Saturday (6/1) in a new, albeit digital restoration that the filmmaker has personally supervised.

Some more surreal content comes your way, as Terry Gilliam‘s fairly underappreciated The Brothers Grimm shows a bit past midnight, Friday and Saturday as well, on a 35mm print.

Jaws, again, about an hour before those other two and on the same nights.

Harmony Korine‘s Gummo screens Friday (5/31) and Saturday (6/1) at midnight, while Tommy Wiseau‘s The Room, back again, plays the latter time and date. No matter which one you choose, you’ll never be the same.

The enlightening, crushing Radiohead-centered documentary Meeting People is Easy will screen this Saturday (6/1) on a film print, as part of the theater’s series “Play This Movie Loud!”