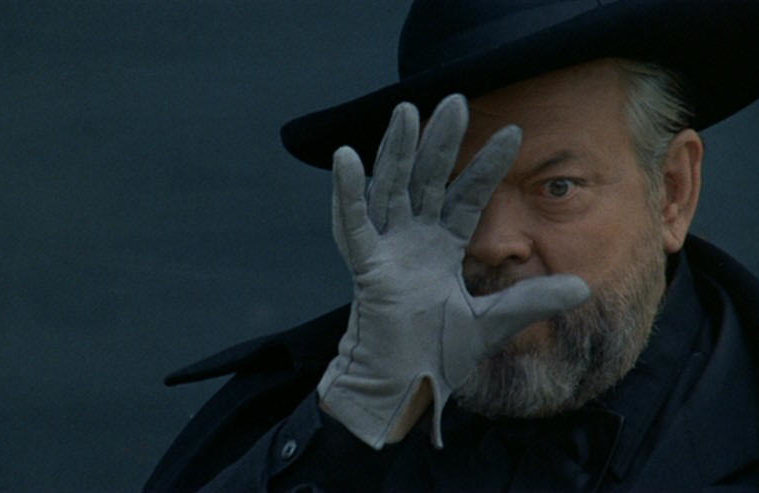 Not content to let a good thing go, Kubrick classics The Shining and 2001: A Space Odyssey keep up their run. The former screens all weekend with two late-night shows, while the latter misses a Sunday (4/21) engagement, and only makes itself present near midnight.

The rare 1967 documentary Portrait of Jason — a profile of “self-declared hustler” Jason Holliday that “cannot be categorised, not as documentary or phantasmagory, as audition reel or feature length interview” — will run throughout this week. Tickets are available to purchase at the link.

There’s only one repertory title at Film Forum this weekend, but it’s a knockout: Jean-Pierre Melville’s final film, Un Flic, starring Alain Delon, Catherine Deneuve, and Richard “I Trained John Rambo” Crenna. Playing on a new 35mm print multiple times throughout the weekend, this is one you must see.

Celebrating the wild and melodramatic world of Douglas Sirk, BAM celebrate the filmmaker’s finest collaboration in “Magnificent Obsession: Douglas Sirk & Rock Hudson.” Friday (4/19) brings Magnificent Obsession and The Tarnished Angels, followed by Saturday (4/20) engagements for All That Heaven Allows, then ending on Sunday (4/21) with Written on the Wind. All are being shown on 35mm.

The museum’s excellent “Weimar Touch” series keeps going, this weekend bringing Confessions of a Nazi Spy, Somewhere in the Netherlands, Frank Borzage’s The Mortal Storm, and Seven Sinners. You might want to check out what else is playing past the weekend, because the series is rather stacked. F for Fake, one of Orson Welles’ finest pictures — and, therefore, probably one of the best films ever made — starts Nitehawk’s new series, “Art Seen,” with celluloid showings on Saturday (4/20) and Sunday (4/21) at midnight. People, this speaks for itself.

Once a critical dog, now rescued by a certain sect of film scholars, Paul Verhoeven’s Showgirls appears at midnight, this Friday (4/19), on 35mm. There’s no shame in going, really.

Terry Gilliam’s psychotropic vision of an America gone wrong, Fear and Loathing in Las Vegas, goes to Brooklyn for midnight presentations on Friday and Saturday (4/20). What you do before, during, or after is not something we’re at all responsible for.

“Old School Kung Fu Fest”, exactly what it sounds like, commences on Friday (4/19) with 35mm engagements. You probably know if this is up your alley; if so, give it a click.

Making its midnight celluloid appearance is Luc Besson’s The Fifth Element. Tickets to Saturday (4/20) and Sunday (4/21) are up for grabs.

Richard Lester’s Robin Hood film, Robin and Marian, shows up on Saturday (4/20) and Sunday (4/21) afternoon. It has Sean Connery’s noble thief going up against Robert Shaw’s Sheriff of Nottingham. Do you really need anything else?