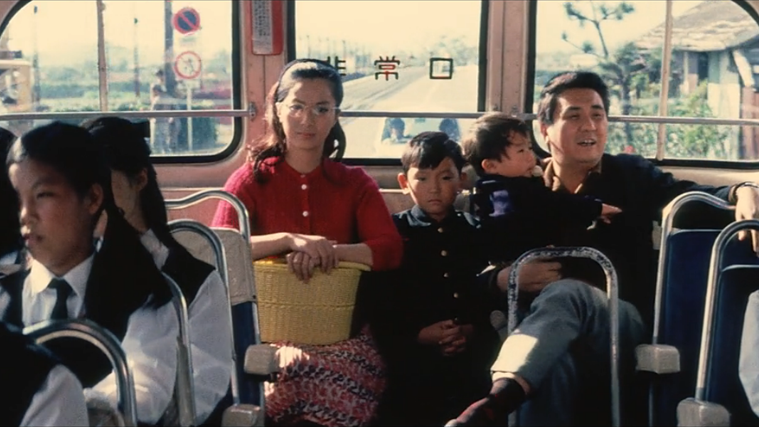 Edgar G. Ulmer is “Back From the Margins,” thanks to a retrospective on the lengthy career of a great craftsman that’s winding down. Friday (1/17) shows Beyond the Time Barrier, Murder Is My Beat, The Light Ahead, and People on Sunday; Saturday (1/18) has Ruthless and The Naked Dawn. All screen with prints.

Otto Preminger‘s Exodus, starring Paul Newman, plays this Sunday (1/19), as does the silent Oded the Wanderer.

Just before midnight on Saturday is the Saul Bass-directed Phase IV, (mostly) showing on 35mm.

A new 35mm print of Nagisa Ôshima‘s excellent Boy will play throughout the week. “The Aesthetics of Shadow, Part 1: Japan” continues with Five Scouts, a pairing of Donald Richie-composed 8mm shorts and The Inland Sea, Humanity and Paper Balloon, Singing Lovebirds, The War at Sea from Hawaii to Malaya, and, most prominently of all, Rashomon.

Performance artists are highlighted with the exhibition “Further Rituals of Rented Island.”

An as-yet-unnamed ’80s film will play on Saturday (1/18) at noon, if you’re willing to take a chance on that sort of thing. Three midnight staples make an appearance over these next few days: 2001: A Space Odyssey, Jaws, and The Evil Dead, the lattermost on 35mm.

The Robert Redford-starring The Candidate shows, on a print, before noon all through this weekend.

Two more Coen brothers titles occupy Nitehawk this weekend: their debut, Blood Simple, and one of their greatest pictures, Fargo. The former will play Friday and Saturday (1/17, 1/18) at midnight; the latter will play Saturday and Sunday (1/19) at noon.