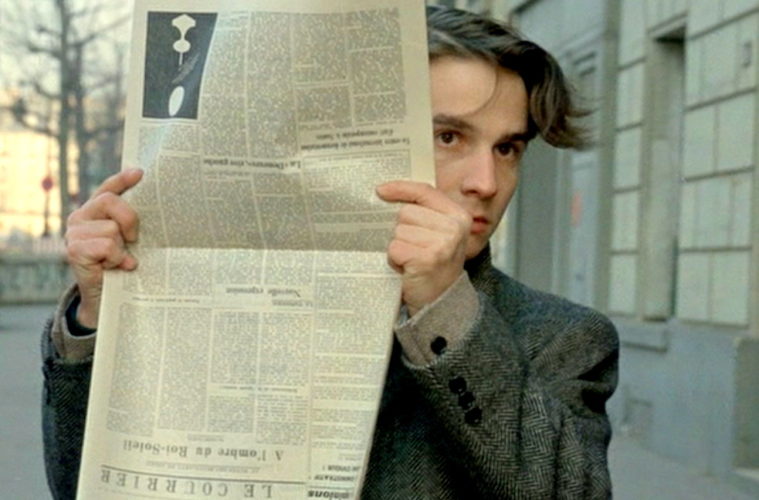 Let’s gather these together at the front: Jaws at Nitehawk, Jaws at BAM, Jaws at IFC. Jaws.

In anticipation of Boyhood, the IFC Center are conducting “Time Regained: Cinema’s Present Perfect” — in so many words, a look at those films which explore the unique uses of time afforded by a limited runtime.

Which means you can celebrate Independence Day with High Noon, Russian Ark, a Last Year at Marienbad–La Jetée double pairing on 35mm, and Irréversible, a better rejoinder to French life than Freedom Fries could ever hope to achieve.

Saturday (7/5) presents Citizen Kane, Brigadoon, Groundhog Day, 56 Up The Locket, and The 400 Blows. The lattermost leads into an all-Doinel, all-35mm Sunday (7/6) — Antoine and Colette / Stolen Kisses, Bed and Board, and Love on the Run. (For $30, one may have access to the entire run.) Linklater‘s Tape also screens.

A print of Terminator 2 and the recent restoration of The Texas Chainsaw Massacre have midnight engagements.

“Harry Potter: Hogwarts and All” (this made me laugh far too much) begins, presenting the first and second on Friday, the third on Saturday. “By Any Means Necessary: A Spike Lee Joints Retrospective” continues with July 4 screenings of Summer of Sam and She’s Gotta Have It. Saturday (7/5) brings Do the Right Thing, while Sunday offers Malcolm X. All are on 35mm.

The Wizard of Oz also plays Sunday, making for a fine double-feature with the Civil Rights biopic. “Nitehawk Naughties” presents The Sexualist this Friday and Saturday (7/4, 7/5).

Janus’s restoration of A Hard Day’s Night has begun a two-week engagement.