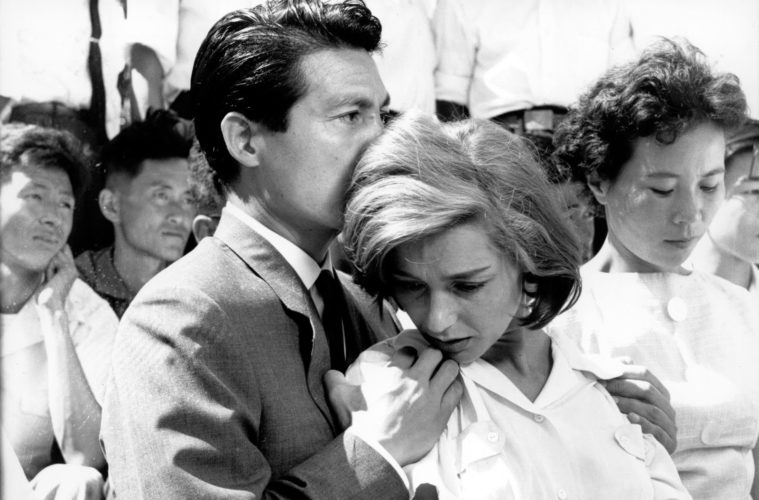 “Capra” offers many titles this weekend, starting with Friday’s double-feature of American Madness and The Bitter Tea of General Yen. It Happened One Night screens alongside a 35mm print of Arsenic and Old Lace. Sunday presents The Strong Man, Mr. Smith Goes to Washington, and The Donovan Affair. Limited, in-person ticket purchases are available for the lattermost. Jonas Mekas‘ Reminiscences of a Journey to Lithuania is screened on Saturday.

The final film in “Also like Life: The Films of Hou Hsiao-hsien” is not a film by Hou Hsiao-hsien, but Jia Zhangke. His documentary, I Wish I Knew, features the Taiwanese director (as well as collaborator Tony Leung) and can be seen on Friday. To celebrate its 20th anniversary, come for a 35mm showing of Pulp Fiction on Saturday.

“Final Girl” brings The Texas Chain Saw Massacre this Friday and Saturday at midnight. The series also has a print of Eyes Without a Face accompanying brunch on Saturday and Sunday afternoon.

The “45-minute proto-hip-hop bliss-out” Stations of the Elevated can be seen.