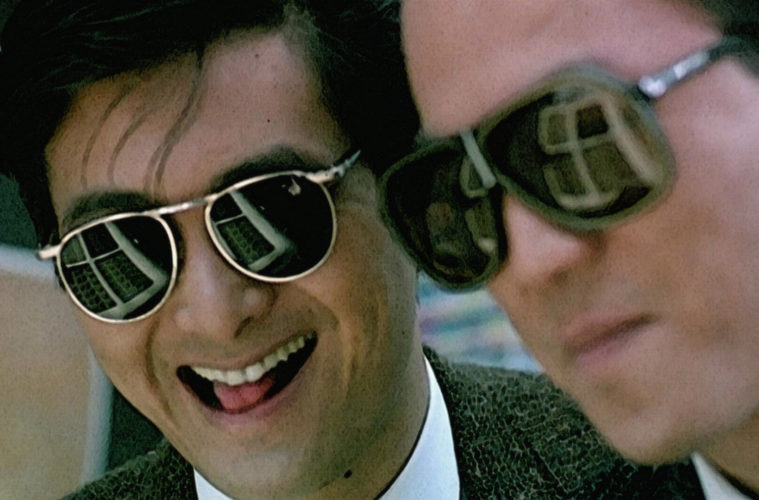 For “Yesterday, Today, Tomorrow: The Cinema of Patrick Lung Kong,” The Story of a Discharged Prisoner will play on Friday; Teddy Girls comes on Saturday; and A Better Tomorrow is offered this Sunday. Patrick Lung Kong and Tsui Hark will be available for Q & As following these films.

“See It Big!: Hollywood Melodrama” has two versions of Imitation of Life on-hand: the first by John Stahl, the second by Douglas Sirk, both of which screen on Sunday. “Carax” brings what the title promises. This Friday offers screenings of his latest picture, Holy Motors, while a print of his best picture, The Lovers on the Bridge, is made available. Mauvais Sang and the rare Pola X (on 35mm) occupy Sunday, along with the Motors-inspiring Eyes Without a Face.

A double-feature of Kubrick‘s The Killing and Gun Crazy runs all weekend.

“Red Hollywood and the Blacklist” looks at one of the darker periods of American politics with several titles, including an exclusive theatrical run of Thom Anderson‘s Red Hollywood.

Blood for Dracula is offered near midnight on Friday. “The Great War: A Cinematic Legacy” and “A Fuller Life” continue their excellent runs.

Kathryn Bigelow‘s Near Dark plays on 35mm this Friday and Saturday at midnight, as part of their “Bite This!” series.

Celebrating Alec Guinness‘ centennial is “Art Seen,” with The Horse’s Mouth having brunch-accompanied screenings Saturday and Sunday at noon.

The Shining plays Friday and Saturday at midnight.