Nobody Review: Bob Odenkirk Leads a Retooled John Wick with a Sardonic Touch 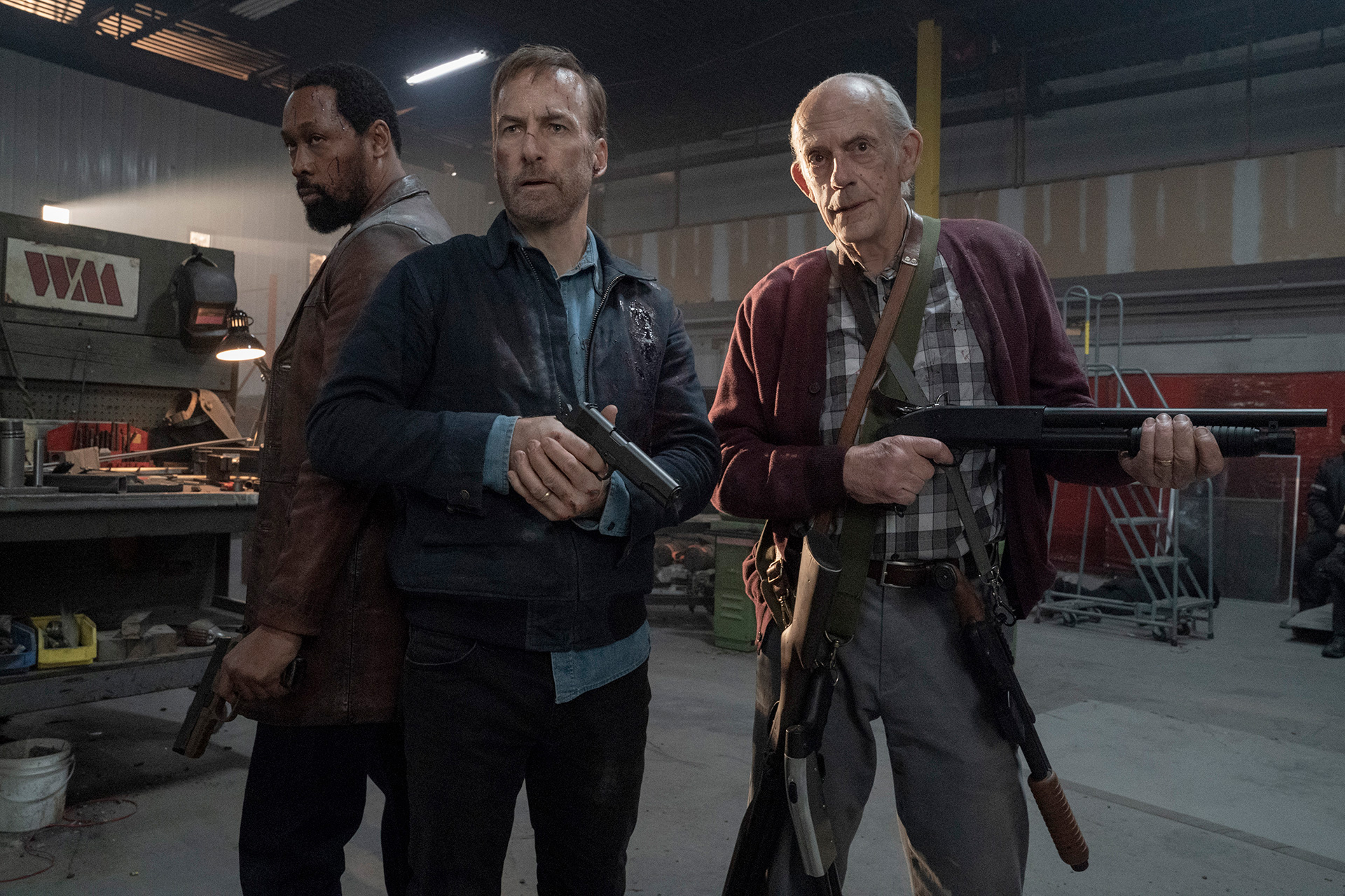 What if John Wick wasn’t so brooding and his boogeyman was forced to live out his retirement in the real world rather than one filtered through an embellished mythology? Can you see him waking up each morning to yell obscenities at the garbage truck, frustrated that he forgot to leave the tote on the curb again? Can you see him punching a clock every morning to pore over spreadsheets before climbing into bed on the other side of a pillow divider blocking his wife? Of course not. John Wick is man who stole his freedom and protects it with a seemingly infinite amount of cash to never have to do anything. Real-world problems don’t concern him. Only the life he wanted before fate unceremoniously stole it back.

Screenwriter Derek Kolstad decides to take that “what if” to heart and retool everything without any filter at all for Nobody. He draws a real-life John Wick in the form of a former three letter agency operative. And rather than render retirement as doing the impossible insofar as escaping a life bound by conscription, he makes surviving that retired life into the impossibility. Because real-life John Wicks don’t get to have families. They’re never in one place long enough to even think to start one. It’s only when the job is gone that they can settle down, course-correct, and live the quiet life in peace. The question then becomes about how long such a thing can last. Can he truly bury who he was and embrace the mundane?

That’s what we’re about to discover when a couple of inexperienced burglars choose Hutch Mansell’s (Bob Odenkirk) home to rob. In another life they’d both be dead before they got through the door, but he has a wife (Connie Nielsen’s Becca) and two kids now. His physique can only be maintained so well with a workout regime of jogging around the neighborhood and doing pull-ups at the bus stop. The sense of adventure that he reveled in and held onto at the beginning of this restart has been snuffed out long ago. Ask him now and he might even believe he’s as worthless in a fight as Becca’s family of marine veterans (it’s good to see Michael Ironside on-screen) think. Maybe his former self is officially dead.

There’s obviously no movie if that were true, so prepare yourself for a newly slimmed down Odenkirk to start kicking butt soon after that shot of adrenaline during the robbery gets him going. All the frustration that’s been building inside him as Hutch 2.0 slowly retreated from the ones he loves is ready to boil over and whomever crosses his path when it does should watch out. That it ends up being a group of drunk Russians ready to assault a young woman on the bus therefore provides the potential for far-reaching consequences considering Russians in this context (see John Wick too) are inevitably going to be connected to the mob. Someone dies, Yulian Kuznetsov (Aleksey Serebryakov) demands vengeance, and Hutch 1.0 awakens from his slumber.

With Hardcore Henry‘s Ilya Naishuller at the helm (I’m a bit surprised this is his first feature since that 2015 cult hit) you can expect some well-orchestrated action sequences as Hutch takes down groups of punks on a bus, soldiers in his house, and an army on what he can cobble together as “home turf.” And with Odenkirk instead of Keanu Reeves at the lead, the comedic flair Sharlto Copley brought to Naishuller’s debut remains intact—albeit in a more subdued, defeatedly sardonic sort of way any fan of “Better Call Saul” should expect. The running joke that Hutch is both a nobody to be forgotten and a “nobody” that anyone who understands can’t forget never wears out its welcome because we’re never not pulling for him to win.

Win this war he unwittingly ignited. Win back a family he’s let slip away. Win back the desire to live again rather than simply exist. That Hutch admits he went too far where leaving his past behind was concerned carries necessary weight and context because it’s one thing to lie about what you did with the government and another to lie about ever having done anything with them at all. The notion that he’s a “loser” as a result when compared to his kids’ uncle and grandfather isn’t great where toxic masculinity is concerned, but this is a high-octane actioner and such sentiments are sadly to be expected. Odenkirk’s ability to juggle both sides of what it means to protect his loved ones does help alleviate a lot.

Casting him at all in a role like this alleviates even more because it allows us to wrestle with preconceptions and enjoy the idea that you don’t have to be as big as Daniel Bernhardt’s “Bus Goon” to wreak havoc. And while the later fights find Hutch a little sprier than the beginning, that initial bus battle carries a watered-down Oldboy hallway energy with Odenkirk about to pass out from lack of breath and excruciating pain. He’s getting beat as badly as the guys he’s pounding on and Naishuller lets us know it with winces, limps, and ingenuity. Hutch may be a badass like John Wick, but he’s not a hyper-real, virtual immortal who doesn’t need rest. Just because he missed this doesn’t mean there isn’t some rust.

Add RZA and Christopher Lloyd as supporting characters in his corner and you can begin to understand that the tone is going to skew lighter even as the body count increases. It’s an earned tone too with well-written dialogue and expert delivery rather than physical gags: a wry smile from Lloyd upon realizing he’s about to get one more rodeo or the hilarious reaction from heavies when they learn what Hutch is beyond his unintimidating façade. This is a character that isn’t afraid to kill and holds no remorse when he does, so there’s no room for shaky hands or second thoughts. Any trial by fire isn’t therefore his, but the men he’s after. That he has fun in the process becomes a bonus for our undivided enjoyment.

Nobody opens in theaters on March 26.